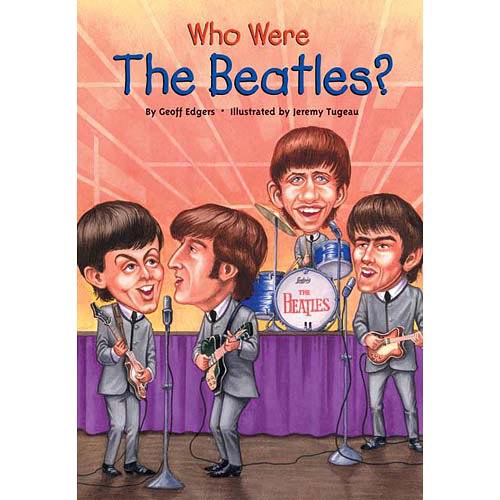 Who Were the Beatles?

How do you explain “Beatlemania” to young readers today? It officially began in the U.S. on February 9, 1964 when 4 mop topped Brits from Liverpool kicked it off on The Ed Sullivan Show singing “All My Loving” as their lead off song. There were but 700 screaming fans in the audience that saw it LIVE, but some 73,000,000 people were introduced to the Fab Four via television. The British Invasion, as the import of rock stars from Britain came to be called, had begun.

That was 50 years ago this Sunday!! How could 4 young men flying into New York a few days earlier on Pan Am Flight 101, know what was about to happen at their appearance on The Ed Sullivan Show on Sunday evening. But the hysteria at JFK in the early afternoon of February 7th was but a preview of what was to follow on Sunday, the 9th. Pandemonium!!

The feeling of excitement as I sat glued to my BLACK AND WHITE TV was palpable as my brothers and I sat and watched history unfold. Teenage girls with tears streaming down their faces screamed till they were hoarse!  Cameras panning the audience saw them alternately yell out the name of their favorite Beatle, as with unbridled hormone-driven teenybopper delight, they shouted out – PAUL! JOHN! GEORGE! RINGO!

If you want to share some of that amazing feeling with your young readers, the “Who Was” series offers the perfect vehicle for a drive down memory lane with your kids in “Who Were the Beatles?”

It offers a great kid-friendly look at the unrepeatable arc of the most famous 60’s group of all time that became a household name and influenced a culture with their music, dress, hair and refreshing candor. The book includes individual biographies of each, their career as The Beatles, the unfortunate breakup of the group, solo careers (as each was a talent, separately), and touches on the sad passing of John Lennon. The whole of The Beatles, and the music they created through their recordings and concerts, was definitely greater than the sum of the parts, in my view.

Share your memories of that time with your young reader via “Who Were the Beatles?” It’s a big part of introducing your child to the “soundtrack of OUR lives.”

That time in our collective lives was so special and the world seemed as friendly and open to possibility as the four lads from Liverpool. For a smidge of a taste it, CBS will salute them on Sunday, February 9, 2014 with a show called, The Night That Changed America: A Grammy Salute to The Beatles beginning at 8 p.m. ET/PT. A-List rock stars will perform covers of the Beatles’ songs in tribute to them with the two remaining members of the group, Paul McCartney and Ringo Starr, performing separately and together at the finale. It was taped in Los Angeles in January.

The Beatles biggest contribution to a culture perhaps can best be measured by way of a favorite Beatles’ tune, whatever it may happen to be, that captures and evokes a time and place in the lives of its generations of fans. That, like many memories, will never be replicated.

And, if you happen to be in New York this weekend, stroll past the theater where “Late Night with David Letterman” is shown, for THAT theater is the same one where The Beatles first appeared on The Ed Sullivan Show, 50 years ago this Sunday! It’s located at 1697 Broadway, between West 53rd and West 54th. Take a peek up at the marquee and, in honor of The Beatles, it duplicates since Thursday, February 6th, and through the weekend, the EXACT wording that appeared on the theater the day of their appearance. The names of the performers that appeared there on February 9, 1964 were Georgia Brown, Tessie O’Shea AND THE BEATLES!! Yeah, Yeah, Yeah!!!