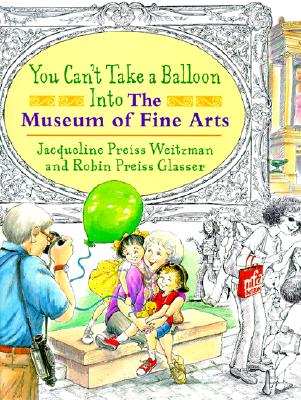 The Joy of Discovery

I just began reading a biography of Norman Rockwell called American Mirror: The Life and Art of Norman Rockwell. Featured in this artist’s renderings for The Saturday Evening Post covers were wonderful paintings filled with a sense of community and small town civic closeness and interaction that have made his work suddenly “in” in the art world, when for years it wasn’t. Witness perhaps his most famous painting, “Saying Grace”, auctioned for 46 million dollars at Sotheby’s recently! It depicts a small boy and his grandmother at a local, rather greasy spoon diner, sharing a lunch. Before they commence eating, their heads are bowed. The looks of awe and wonder on the faces of a collection of tough characters gathered about their table are a story in itself. Which leads me to my next point. Norman Rockwell’s paintings WERE a story.

Love this quote from the book:

Underlying Rockwell’s every painting and gesture was his faith

in the redemptive power of storytelling – stories were a buffer

against despair and emptiness. Each of his Post covers amounts

to a one–frame story complete with protagonist and plot… The

public that saw and appreciated his paintings walked away from

them thinking not about the dominance of cerulean blue or cadmium

in the sky, terrified as he peers over the edge and realizes there is

only one way down.

So, when I read THIS picture book, a lot of things clicked for me as relates to the above quote and what the art and narrative of a picture book can open up for your young reader. What I love about You Can’t Take a Balloon into The Museum of Fine Arts is the joy of discovery it allows a child as they turn the pages and follow a story of two siblings on a jaunt to the Museum with their grandparents as events unravel and interesting people and paintings pop up!

Wordlessly, in a combination of side-by-side color and black and white frames on each page, what unfolds is a seemingly planned quiet outing to the Museum of Fine Arts that goes awry. An innocent green balloon provides the impetus that the grandmother agrees to hold (no balloons allowed in the Museum) and it slips from her grasp! As it glides silently through the Museum and up and down the streets of historic Boston, a gathering crowd from a helmeted motorcyclist to a golf and tennis attired husband and wife follow, as the frenetic pace begins and heightens.

Life and art are mirrored, as the people chanced upon are close reflections of the famous sculptures and paintings the young children stop to admire with their grandfather.

AND interspersed in the chase are thirty-three past and present legends connected with Boston from all walks of life. Your young reader will spy well-known sports greats, Bill Russell and Larry Bird, literary lioness, Louisa May Alcott and some, whose contributions may not be known to your child such as Elizabeth Vergoose that many believe to be the legendary Mother Goose! Interesting facts about the people pictured in the chase may be found at the back of the book with the dates and their contributions listed. The fun is spying as many as you can and then turning to the back of the book to learn about those unrecognized, yet famous social and historical figures pictured.

For instance, your young reader may not recognize the name Phyllis Wheatley, born in Africa and kidnapped at age seven! Educated by the Boston family to whom she was sold, she became one of the best-known poets of the 1800’s. Here are a sampling, some of whom I did not know, of the thirty-three noteworthy figures hidden in the crowd: Robert Gould Shaw, whose story was depicted in the movie, Glory, and a Boston dentist named William Thomas Green Morton, who first publicly demonstrated the use of ether anesthesia.

I love the intergenerational-shared day plotline as the grandparents participate in the pandemonium with the kids. The look on the young girl’s face as she looks into her grandmother’s eyes on their shared blanket as fireworks fill the skies at the end of a perfectly imperfect day is a lovely moment the reader is allowed to peek in on. That look is a story itself. It says in so many words, “I had a wonderful day with you today, grandma and I loved it AND you!” How’s that for a one frame story?

It’s worth a trip to Boston with this book in hand just to follow the same path of discovery as this foursome and the entourage they assemble in their pursuit of a balloon around Boston.

The Norman Rockwell book I mentioned opens with a quote from Edith Wharton:

There are two ways of spreading light:

be the candle or the mirror that reflects it.

Be the candle that reflects the light of a picture book such as this one with your young reader. In a world that is fraught with sometimes-dark days, books are the relief and the remedy for young and hopeful hearts that we hope will continue to be so. Light the candle with a picture book!