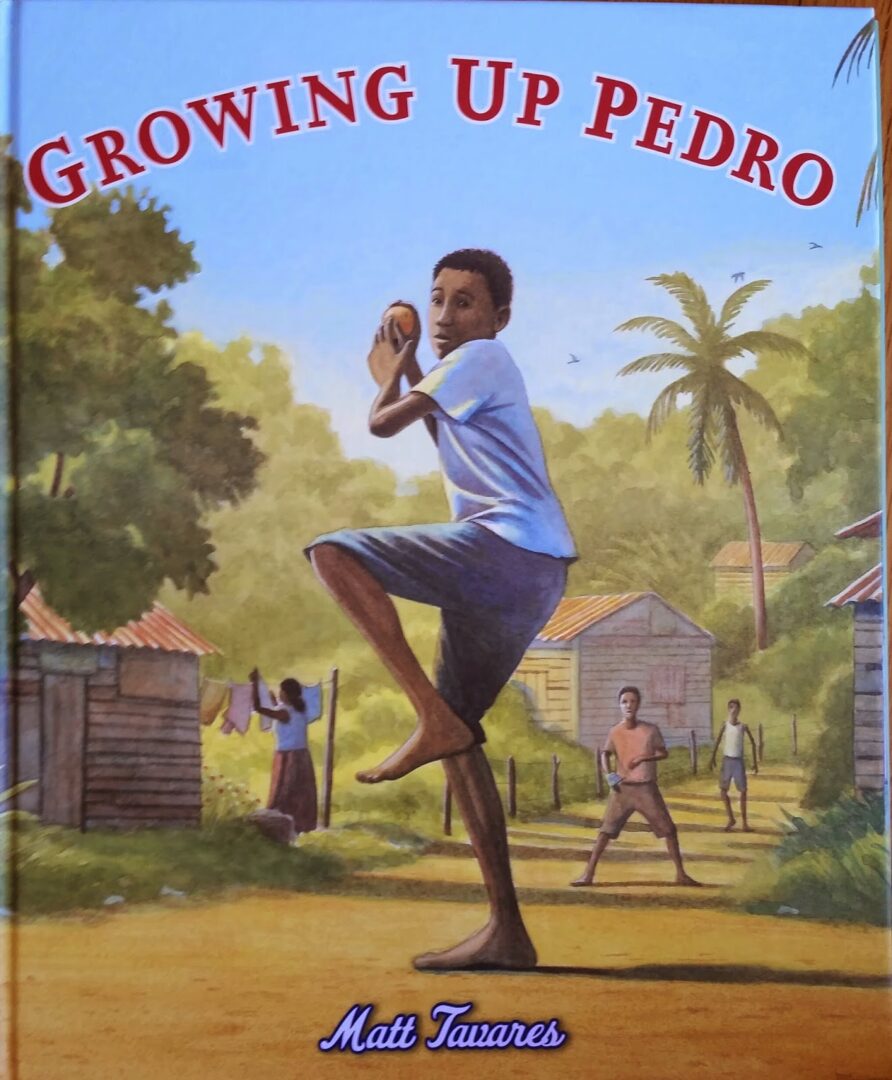 A Perfect Game of a Picture Book

Baseball season, and the crack of the bat brings crowds craning their necks to their feet to see how far the ball will go.

But just how how far will it go is always the question? And more than that, just how far did the player have to come, to get where he is?

Matt Tavares has written, illustrated and thrown the perfect game of a picture book, when it comes to telling the sibling story of the Ramirez Brothers, named Ramon and Pedro.

Starting in the Dominican Republic in 1981, with Pedro watching his older and admired brother pitch in fields, it chronicles the patient and persistent climb of these two baseball pitching brothers.

Though the book centers mainly on the achievements of Pedro; a Cy Young Award winner, pitcher at the All-Star game eight times, and pitcher of six no-hit games that sent the Red Sox to the American League Championship Series, it is Ramon that is his guide, and a pitcher in his own right.

Matt Tavares paints a very detailed portrait of a fully focused Pedro who is all seriousness and focus on the field, yet on days when he doesn’t pitch…he isn’t so serious.

One night in order to quell the high spirited talking, laughing, joking and dancing Pedro, his teammates “tape him to a pole in the dugout.”He loved it!

Interesting point though, when I mentioned the book to my husband, he said that Pedro was, as he put it, an “intimidating”pitcher. I took that to mean he might be a wee bit menacing, as his pitches sometimes came a mite close to the batter.

Still, Matt Tavares’picture book had me hooked from the first, and I am not a die hard baseball fan. His full page painting portraying the intensity and concentration on Pedro’s face as he pitches, is just as revealing as the words on this picture book page.

I think young readers, baseball fans or no, will benefit from dreams realized of two brothers named Martinez, that planned of playing together in the major leagues.

And, more than that, they had both the talent and tenacity to make it happen!