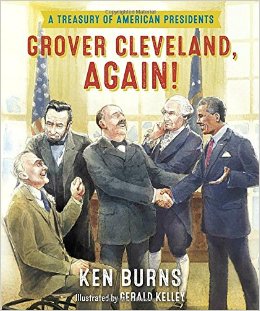 Pomp and the Passing of Power

Following the pageantry, and pomp of yesterday’s inauguration of President Donald J. Trump, it was wonderful to watch the living embodiment of one of the truest symbols of the democratic process in action; the passing of power from one president to another. President Trump is the forty-fifth man in the history of our country to be called, “Mr. President.”
Public service is certainly a noble endeavor in America, with the presidency of the United States at the very apex of that worthy goal.
But, when our children passively listen to the acrimony surrounding this year’s presidential election, I can’t help but wonder what sort of seed it sows in young and impressionable minds.
Has public service devolved into a circus-like atmosphere? Or, seen from its earliest beginnings, is it still a pure and noble calling? Does it make a difference? Can one man at the highest office in the land, change it for the better….or worse? Can a great country survive bad leadership?
I think maybe if your young reader takes a peek at Ken Burns, that acclaimed documentary filmmaker, and his book, Grover Cleveland, Again; A Treasury of American Presidents, created specifically for children, with its exploration of the “wit, and wisdom, humor and heart” of those men who have occupied the office of President of the United States, maybe they will be hopeful of what the future may bring, based on past leaders of our nation.
Gerald Kelley’s artistic renderings of each of the presidents has both movement and emotion in capturing the individual identities of this elite and elected group of forty-four.
History does indeed take the long view and measure of each of the forty-four men that have been called “Mr. President.” And it’s through the prism of time that young readers are allowed to see their impact and intention in the role of president.
Great men are also complex in many ways, and great power usually reveals character in very subtle, and sometime not so subtle ways. Flesh and blood men are mortal and may sometimes be mean-spirited, magnanimous and memorable, with all of these attributes displayed at various times during their tenure in office.
Yet, this fledgling nation of two hundred thirty years continues to endure as a symbol of what is right and good in the world, despite its battle in horrific wars, economic depressions and homeland terror events.
When Ken Burns’ four daughters named Sarah, Lilly, Olivia and Willa had trouble falling asleep, Ken would recite the names of the presidents to them.
Guess it’s a version of the “historian’s lullaby,” to quote Ken. It got to where Ken could say “George” and they would chorus “Washington,”
“John”, was followed by the four girls saying “Adams,” as the count went on, but when they came to “Grover” (not the one from Sesame Street), but the “Cleveland” one, the girls found he was the ONLY president with two non-consecutive terms in office.
In between was Benjamin Harrison, so at the second call of “Grover”, the girls chorused, “Grover Cleveland, again.”
And Ken Burns’ promise to his children of a future book, with that very title, was born.
It did take considerable time for the promise to be kept, for his oldest daughter now has children of her own, but believe me the book was worth the wait.
From George Washington to Barack Obama, young readers have a chance to meet each of these extraordinary men that have shaped our nation’s history from its highest office. Here are but a few snippets:

Andrew Jackson was a practical joker.
His favorite trick was to move people’s
outhouses during the night so they
couldn’t find them.

John Quincy Adams wrote in his diary
every day from the time he was seven-
teen until the day he died. That’s more
than 20,000 entries!

When he was running for president,
Teddy Roosevelt was shot by a man
standing just seven feet away. But
Roosevelt went ahead and gave his
entire ninety-minute speech anyway.

Maybe this book, and its close and captivating look at the now forty-four men that have held the office of president will renew young readers’ hope and interest in public service, along with a renewed belief that one person, and their desire to lead others to share and build on views that can challenge a country to reach for and sustain the ideals that began its birth, is worth it.
I know it encouraged me to play the name game of presidents, which is a small thing. But, I do hope that young readers will be encouraged and enlivened by this closeup look at leadership in history at its highest level.

And further still, my hope is that young readers will want to become engaged  in participating in this 230 year-old experiment called…democracy.