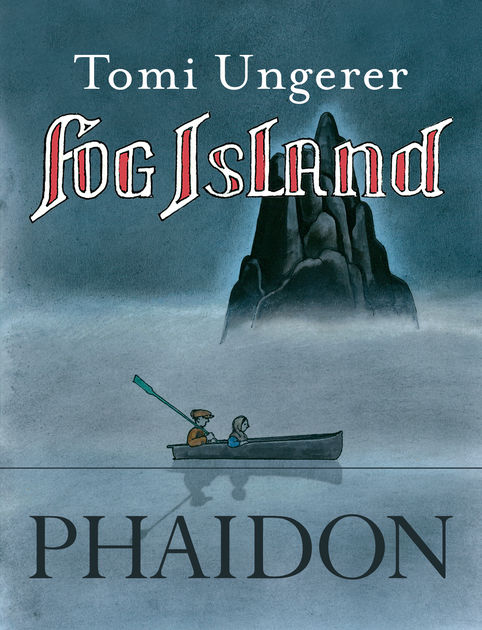 I missed National Siblings Day by one day.

So, here is my salute to my two brothers, Walt and Val, and also as I do this, the selection of this picture book is a homage to recently passed picture book author extraordinaire, Tomi Ungerer.

Siblings are fellow adventurers on the journey of life. You experience it together, but sometimes from different perspectives. But, the grand experience of family life is what binds you together, and gives you the ability to navigate life’s up and down.

Fog Island’s two siblings have a grand and mysterious adventure which leaves many questions that they must puzzle over and seemingly go with their instincts…much like my brothers and I did, as we navigated life in a divorced family in the 50’s.

It was mysterious, scary and uncharted territory for kids then…much like “Fog Island.”

How’s this for a rave review from one well-known picture book icon to one another? “Tomi Ungerer has created another masterpiece.” So says Eric Carle of Tomi’s “Fog Island.”

The Hans Christian Andersen Award was given to him in 1998 for his “lasting contribution” to the art of children’s books.

Please take a trip to “Fog Island” with your young reader. And while there, please also consider taking a peek at some of Tomi’s other books such as “Zeralda’s Ogre”, “The Beast of Monsieur Racine”, the realistic and uncompromising, but ultimately heartening, “Otto: The Autobiography of a Teddy Bear,” plus the more well-known and lovable boa named “Crictor” that can spell out letters with each cool constriction of his body.

There are so many others that are worth a read from this curious, canny and very cunning artist/author of the picture book.