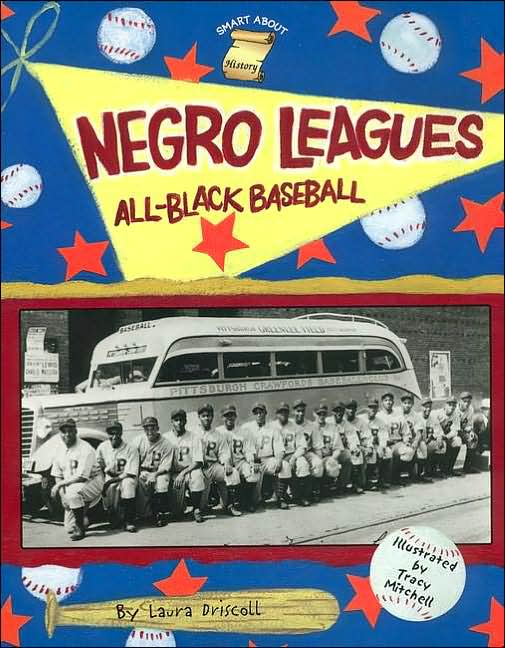 A Book Report Unlike Any Other

Using the premise of a child’s school report is the interesting device used by the author to impart little known facts on the early history of baseball and some of it, not very laudatory for this most favorite of American pastimes.  Elementary student, Emily Brooks is preparing a report for her teacher, Ms. Brandt. Kids and parents can certainly identify with similar assignments; picking out  topics that interest them from the near or distant past and researching their chosen area.

Emily loves baseball, so Cooperstown is at the head of her research list. The rest is history as they say.

In her early research at Cooperstown National Baseball Hall of Fame and Museum, young Emily discovers an entire room devoted to the Negro Leagues who, from 1900 to 1947 were not allowed in the major leagues! In 2011 this can seem otherworldly but true nonetheless as Emily’s research states:

Hardly anyone got paid to play baseball. Then professional

teams got started. But if you were black, most of the teams

did not want you.

Rube Foster, a great pitcher, is credited with the title of “Father of the Negro Leagues” as it is his idea to start an all-black baseball league. To put this injustice and disconnect into some sort of perspective, in 1911 one black team played a few games against the Detroit Tigers, a major league team. After the series, the famous Ty Cobb had a batting average for the games of .370 and the great black player, John Henry Gibson’s average for the same series was .500 – that’s one hit for every other time at bat!

Eventually, in 1947 the Brooklyn Dodgers and their president, Branch Rickey, realized it was time for a change to occur, facilitating the inclusion of black players in major league baseball. He hired Jackie Robinson and the doors eventually swung open for other players such as Larry Doby and Roy Campanella.

Kids will marvel at superstars such as Leroy Paige, nicknamed Satchel as a kid, because of the many bags he carried for people at train stations. An unbelievably successful pitcher, he made it from the Negro Leagues to the major leagues. At 42 years of age he was the oldest rookie ever in the majors, but thank goodness, he had a chance to play till he was 59 years old!

By the way, this book is part of an excellent fact filled and interesting series called Smart About History. If you and your child enjoyed this book, there are additional books in the series about artists, presidents, inventors, states and other subjects that are equally treated in a highly readable format.

Did you know for instance there are 15 Negro League Players who are in the National Baseball Hall of Fame? When your kids visit the Hall of Fame, they can see the plaques of these Negro League players who are honored for their contribution to the sport of baseball – an honor richly deserved and awarded far too late. What is that familiar quote? – “The wheels of justice grind exceedingly slow, but exceedingly fine.”

The satisfying conclusion to the book may leave the reader with the impression these players’ recognition of achievement was justice certainly delayed, but ultimately not completely denied.