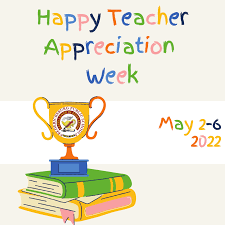 Let me start by saying I am an unmitigated Polacco fan, and among the many books she has written, this may just be my favorite.

It packs a wallop if picture books can, amidst their recent much-heralded demise, continue to do such a thing. This one definitely does.

National Teacher Appreciation Week runs from May 2nd – May 6th 2022.

Most of us, if we search our memories, can recall with perfect clarity a teacher who had a life-changing effect on our life, both academic and otherwise. These are often defining moments as we look back.

Sometimes it was not that dramatic – perhaps a random word of encouragement, some extra time spent or an affirmation at a time when we needed it most.

I had two such remarkable people who stretched me and made me want to excel. One was my 6th grade teacher, Ms. Alida Kratnoff, and the other, Mr. Thomas Leo, taught English in my sophomore year in high school.

Both of these teachers, each in their own way, implanted a hunger for both learning and excellence in the pursuit of it.

Ms. Kratnoff assigned each of her fifty something students in sixth grade, a country to research. Bear in mind that this was back in 1959, some sixty-one years ago, and her students were eleven year olds!

As part of the assignment, we were to write a business letter to the diplomatic consulate of the country assigned, asking for informational packets concerning the country as to its culture, history, products and other areas of interest.

I wished at the time that I would receive a country such as Switzerland or Ireland or Italy; but my assigned country was….Iraq!!!

In 1959, Ms. Alida Kratnoff had eleven year olds researching far off countries like Iraq. Image that.

In several weeks after I sent my letter to the consulate, I received a thick manila envelope filled with information on Iraq. I was so surprised and exhilarated at my success and, as I remember, aced the report.

But, aside from what I learned about Iraq, I found and believed that I was capable of so much more than I had previously asked of myself.

Ms. Kratnoff was a two-time Fulbright scholar who taught later in both England and India under the scholarships.

Mr. Leo was the first teacher that encouraged me to be a writer and said that I should pursue it wherever my interests took me. The novels we read, such as “The Loved One,” trained our minds to think way outside what our everyday lives required. Words like irony and satire were suddenly interesting. He was never satisfied with less than what a student was capable of giving…and you knew it.

Each of these two teachers showed me the possibilities of what could be, not what was. They were most probably the reason I became a teacher. One of them is still in my life as a friend and mentor, meeting her again after many years.

The other, I bumped into quite randomly in Sag Harbor as I was entering a restaurant several years ago. I got the chance to say “thank you” to my version of Mr. Falker and it felt great!

In “Thank You, Mr. Falker,” the picture book is the true story of one of Ms. Polacco’s childhood school experiences, dense with the richness of the truth of so many things. It starts, as do most things, with a family, its traditions, and the importance it places on certain things and in that placement, the passing on of an inherent value to its children.

Readers will witness the ritual of the Polacco family and her grandfather, as he has done for generations, pouring honey on the cover of a small book and offering the youngest a taste of honey with the query, “What is that taste?” “Sweet” is the reply. Then the entire family joins in with one voice, “Yes, and so is knowledge, but knowledge is like the bee that made that sweet honey, you have to chase it through the pages of a book.” Trisha longs to pursue the tradition through learning to read.

Her story concretely and painfully details the power of words to hurt and to heal, the ability of a teacher to change one life at a time, simply by caring enough to probe deeper into the reason for a certain child’s struggles with academics, and the devastating effects of bullying.

For all that, it is a supremely uplifting and honest book, chronicling the difficulty faced by one child and her struggles in learning to read. The raw truth of this book as Ms. Polacco details her struggles with deciphering letters and their accompanying sounds, is juxtaposed against the caring Mr. Falker and his charismatic ability to change one child’s gradual mistaken belief that they are not smart because their learning curve is different.

They have what is termed a learning disability – they process information differently.

Trisha’s drawing talent and ability become evident and are a soothing comfort in her struggle to adjust from a comforting farm life with which she is familiar, and her new life as the family moves to California. Her reading struggles intensify, accompanied by the unrelenting taunts of a classmate.

Soon, Trisha herself begins to believe the truth of the taunts – she is different, she believes and as she sees it, dumb. That difference, she mistakenly perceives is her fault and the reason for her inability to succeed and fit in.

Fifth grade will be life changing for her. Mr. Falker’s elegant clothing and insistence on civility are only his outward hallmarks.

He gradually sees through the loneliness and fear brought on by Trisha’s inability to make sense of the squiggles on the blackboard.  Promising her everything will change, he assures her that it has only been through her cunning, smartness and yes, bravery, that she has eluded and fooled many teachers in her ability to keep up.

Mr. Falker and a reading teacher meet with Trisha nearly every day and the world opens to her. It finally all begins to make sense!

She clutches a jar of honey and a book in triumph as she remembers the tradition of her family. Open sesame! The promise of the family tradition is met and kept.

Fast-forward thirty years and Trisha’s reconnection is tender as she meets again the life changing Mr. Falker or Felker which is his real name. He asks her what she does for a living and thanking him, she brightly replies, “ I make books for children”.

You can’t write better than this, even in fiction.

Thanks to all the Mr. Falkers of this and every school year that have affected eternity in their ripple effect and sometimes never get to see the difference in the lives they’ve touched.

This book is for you and those you’ve changed forever, whether you ever come face to face with it or not! You are the real heroes of this book, along with the students whose lives you’ve saved in the simple deciphering of the human heart.