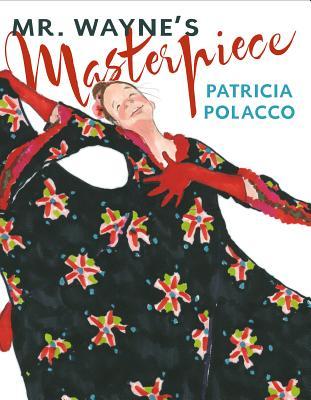 Another Gem from Patricia Polacco!

School is back in session at the same time that one of my favorite picture book authors, Ms. Patricia Polacco, offers her newest picture book and it is reason to celebrate on so many levels.Artistically and narratively, her books are a joy to read. They draw you in immediately and hold you till the end.

Her books speak to children’s vulnerabilities, uncertainties, fears and doubts in a variety of situations. Bullying, disabilities that can hamper learning, shyness, and family problems are but a few of the issues some of her picture books address. I love that she never attempts to sugar coat or gloss over the very real emotions and feelings that children may encounter in any or all of the situations that may come their way. YET, there is always SOMEONE in her picture books that helps the child overcome those feelings and, in the end, conquer what have seemingly been roadblocks to learning AND growth. I am also very gratified to see that in many of her books, that person happens to be a male OR female teacher!

If you read “The Art of Miss Chew”, “Thank you, Mr. Falker”, “Bully” and the above, “Mr. Wayne’s Masterpiece”, Ms. Polacco has mirrored a life changing instance ( in many cases, it may well have been her own), in a child’s life that has paved the way for a more confident, emotionally healthy future adult. More often that not, it was because of the direct and caring words and actions of a teacher that recognIzed a need that had yet to be addressed in a child – and met. They meet it NOT by providing a way out, but by ACCOMPANYING the child THROUGH IT with words of encouragement and sincere belief in the child’s abilities when the child does not possess that courage and belief in themselves as yet. That is one of the reasons why teachers DO effect eternity in that their words echo throughout a child’s life.

Meet Trisha who has a very hard time with public speaking. She halts and hesitates through the reading of book reports to be read aloud in class. Trisha is smart, but lacks confidence in her own abilities. Do you know a Trisha? I have met many in my time in the classroom and it is so heartening to see them blossom through a word, a gesture, or a special note of praise. Sometimes, in a very busy day in a classroom, those are the moments that stand out.

For that is just what Trisha needs, and she gets it from the collaborative efforts of two teachers named Mr. Tranchina and the drama coach, Mr. Wayne, who has just composed a play for a school production.

Mr. Tranchina is the facilitator here in that he recognizes Trisha’s talents as a writer and connects her with the drama teacher. Mr. Wayne, in turn immediately notices her reticence to be front and center, yet sees her talent can be cultivated and nursed “behind the scenes.” Her facility also lies in the arts and painting! Remind you of anyone, yet? It should, to Polacco fans.

The winter play called “Musette in the Garden Snow” involves a girl, her friends and a mysterious garden, and as Trisha half listens backstage, she finds herself mouthing EVERYONE’S LINES, INCLUDING MUSETTE’S!!!

Circumstances find Trisha facing a daunting opportunity to take over the role of Musette with a mixture of trepidation and terror oddly mixed with a talent that will not be denied!

Children may find themselves identifying wholeheartedly with Trisha as she faces her fears and finds herself onstage and in command, and “on fire” as she fully embraces the energy of the performing arts.

I asked my actress daughter to explain to me what it feels like onstage. “Mom, she said, “It’s this energy that you give out to the audience and they pass it back to you. And when it”s working perfectly, it’s an exhilaration akin to hitting the “sweet spot” on a tennis racket.” It’s a volley that just continues throughout the play and it’s a feeling like no other.”

Trisha, thanks to those two teachers – AND a supportive mom, gets her moment to feel it too!

They say in life it’s the things you DON”T do that you regret the most, and in “Mr. Wayne’s Masterpiece”, his creative effort is not merely his play, but the newly confident Trisha, herself.

I count myself so fortunate to have had at least TWO such teachers in MY life! Each time I tell a story to a group of children, I can see their faces in the children’s eyes!!