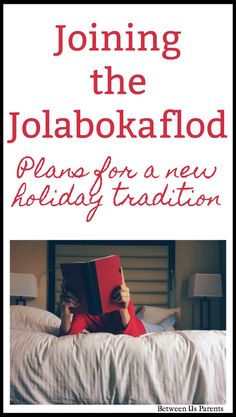 In a world that continues to be riotously raucous, the picture book continues to be both a reflection of the real world, but also one we long for our children to be connected to; the world of the imagination!

Have you ever heard of the Icelandic Christmas Eve tradition of “Jolabokaflod, (pronounced yo-la-bok-a flot)?” Started in Iceland during World War II when imports were restricted, but paper was inexpensive, the “Yule Flood of the Books” began.

With a small population, publishers pushed out titles at the end of the year to support the less than year round publishing industry. People exchanged books on Christmas Eve and “settled in for a long winter’s nap” with a book and munching on chocolate.

Publishers send out the “Bokatidini,” free each year, to start the holiday season. In it, are ALL the listing of books published that year! It’s sent to every household!

Did you know that Iceland is also the third most literate country in the world?

Maybe in lieu of the frenzied consumerism that becomes part of our culture’s Christmas kick off with people trampling over each other for a great buy on Black Friday after Thanksgiving, why not give the Icelandic tradition a try with a Christmas Eve exchange of books?

Maybe, years from now, your young readers may be rereading to their children a book they received, and they will be thumbing through a memory YOU provided.

Jolabokaflod is a great new Christmas tradition to begin! Try it with your young readers!

Christmas Eve may have passed this year, but there is still Twelfth Night!!!