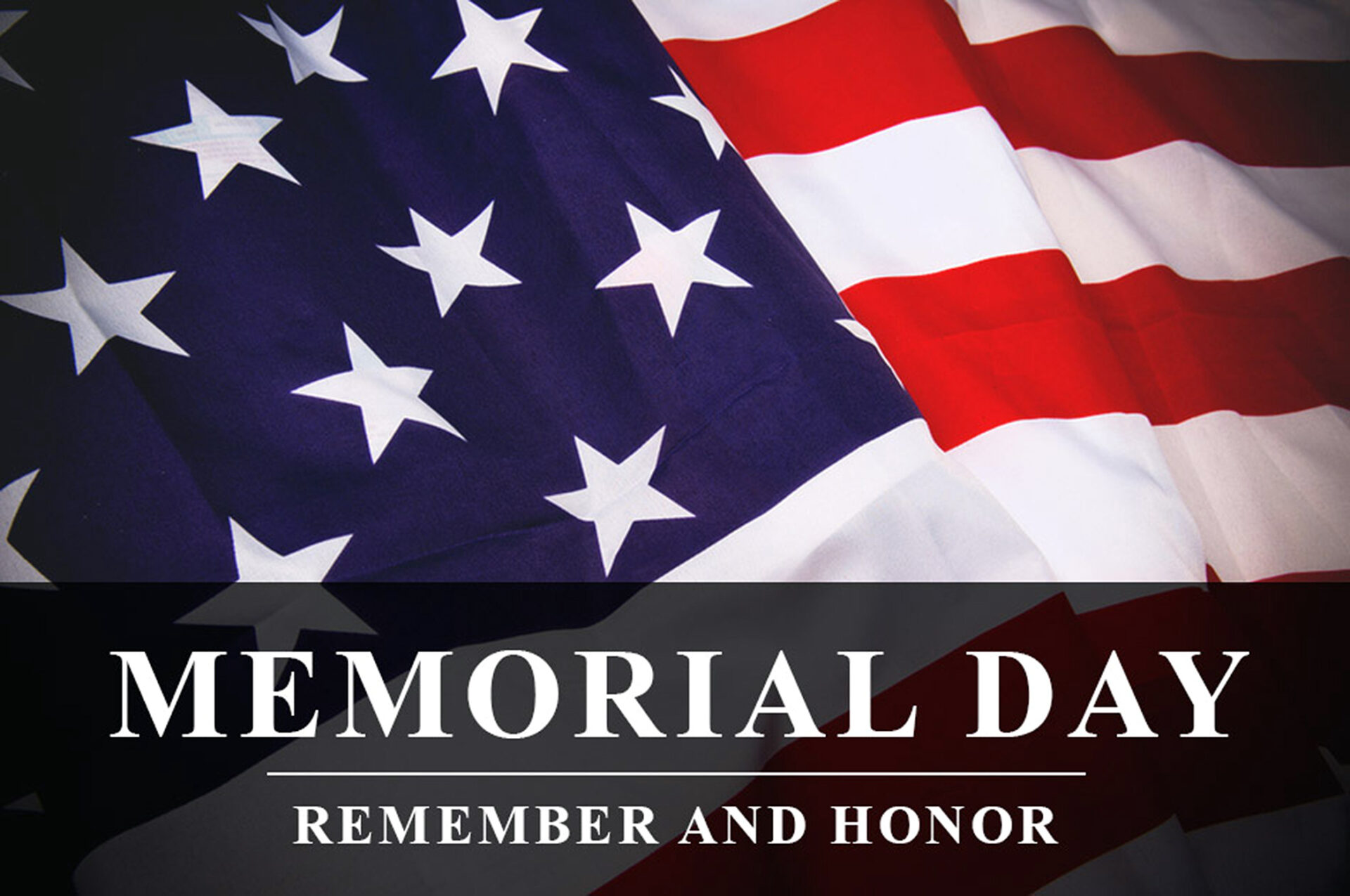 Helping Young Readers to Remember the True Reason for Memorial Day By Celebrating the “Invisible,” With Picture Books to Educate and Enlighten Them This May 31, 2021.

A sometimes invisible group recognized in May are our honored war dead. On Memorial Day, it seems the original intent at its outset was the decorating of graves of Union and Confederate soldiers.

It was begun by one General John Logan, but seems to have gotten lost in the shuffle of the present three-day Memorial Day weekend. Officially proclaimed by General Logan on May 5, 1868 for the express purpose of honoring the Civil War dead at Arlington National Cemetery, its original intent appears to have to begun to drift a bit of late.

Congress, in 1971 passed the National Holiday Act instituting the three-day weekend and the long slide began. From a holiday begun to decorate the graves of our honored war dead, it appears to have devolved into a series of white sales. Too harsh, you say? Maybe. But memory is a funny thing. We humans seem to have short attention spans, and at times, shorter memories.

But thank goodness books have a way of touching both the heart and the head, where a set of dry facts and dates distance us from the reality of the flesh and blood people we choose to honor on these two important holidays. Literature does that for children and adults alike. Share some of these books I will mention with your child and talk about why remembrance is so important.

Someone once said to me – “So long as a person’s name is spoken, so long will they live in remembrance.” Why not relate an anecdote of a mother or mother figure to your child this month, along with the story of a veteran. Children love stories. They make people come alive again in the mind of a child and reinforce their importance. Because the stories are important to you, they will be to them, trust me. Books and the stories they contain have an amazing capacity to bring people and events richly alive.

Tradition is how we pass on to our children what we value and these two holidays are in remembrance of some pretty important people in each of our lives and in the life of our nation.

One of my pastimes is collecting vintage children’s books. This excerpt from a series with a 1915 copyright, titled “Peter and Polly in Spring” may be dated, but it has a reality and sweetness of a time long gone.  Written by Rose Lucia, principal at the time of the Primary School in Montpelier, Vermont, each of the books recounts the seasons of the year and a group of children’s everyday activities within that season.  This simple evocative quote is a testament to how literature can recreate a feeling of time and place within a few brief sentences. Miss Barnes, the children’s teacher accompanies them on the morning of Decoration Day, the name formerly given to Memorial Day.

It was a long walk to the cemetery. The road was dusty.

The sun was hot. But the children did not care.

They liked to go once a year, to decorate the soldiers’ graves.

So the children went down the road to the village. And the

The cemetery was quiet as before.

Only now there were fresh flowers on the soldiers’ graves.

And the new flags fluttered in the wind. They were for

Linda Skeers book, “The Impossible Patriotism Project”, seemed a perfect way to illuminate through Young Reader’s books, the “invisible”. Honored with a CBC/NCSS Notable Trade Book for Young People, it is as School Library Journal states, “The gentle depiction of a boy who turns his sadness and loneliness into a way to respect and honor his father, is heartwarming.

Anchored by Ard Hoyt believable illustrations, Ms. Skeers’ book was inspired by a Fourth of July decorating contest at her nephew’s apartment building. Unable to afford decorations, they hung her nephew’s uniform from the balcony. He had just arrived home from overseas military duty. Their entry WON, and thus the kernel of an idea for the book took shape.

In the book, Caleb and his classmates are tasked with coming up with individual projects that symbolize the word “patriotism”. His excited friends eagerly plunge into the timeless symbols of The Liberty Bell, Lady Liberty, a map of all fifty states, as all presidents must know their whereabouts.

Caleb, on reflection, thinks he has a very good idea of what patriotism is and who exemplifies it to him.

How he presents his heartfelt and very personal project to the class, and most importantly, how they respond to it is well worth the read.

Children will respond, I’m sure to the simple honesty of Caleb’s situation and applaud his choice of a project.

Who among us, old or young, has not heard or sung that most stirring of poems set to music, written by one Katharine Lee Bates entitled, “America the Beautiful.”

After reading this book with its masterful paintings of the depth and variety of the American landscape, parents, grandparents and kids alike will come away with a renewed appreciation for this land which has a third stanza so appropriate to Memorial Day:

Who more than self their country loved,

And mercy more than life.

In the introduction, Mr. Minor speaks of Katharine Lee Bates trip in 1893 by train, from her home in Cape Cod to Colorado. Keeping a diary on her trip, this professor of English captured first hand in a diary, her intimate reflections as she journeyed west. Those reflections became the basis of the poem.

It is a worthy addition to any Young Reader’s Library.

“F is For Flag” by Wendy Cheyette Lewison, illustrations by Barbara Duke

In addition to this patriotic alphabetical title from the Reading Rainbow Series, you may find other interesting titles in this series, such as “The Night Before New Year’s Eve” and The Night Before the Tooth Fairy”.

“F is for Flag” is an early read together book, fact-packed with information relating to the origin of our flag and the significant impact this piece of cloth has had on our nation. One particularly resonated with me; we see our flag in happy AND sad times. A child will see it waving in the breeze at a ballpark, yet apropos of any Memorial Day, new flags will wave on gravestones on THAT day to honor veterans.

Because of the Covid-19 pandemic, such things as packed ballparks and even halting the placing of flags on the graves of veterans may be halted this year. But, all the more reason to remind young readers WHY there is a Memorial Day, previously named Decoration Day, and why it is so important not to forget to remember its heritage and who it honors.

Whether it is nicknamed, as the book reminds us, “Stars and Stripes”, “Old Glory” or “Star Spangled Banner” – yes the same title your child might remind you, as our National Anthem, it symbolizes all kinds of people, from many backgrounds, yet one country.

The illustrations have an almost childlike quality about them. They could be pictures pinned on a bulletin board in any classroom for a Memorial Day, Flag Day or July 4th assignment in an elementary school. They are delightful and the text and pictures are totally accessible to a child.

Liked this book a lot with its straightforward style, great illustrations and patriotic tone that doesn’t hit you over the head. It has a quiet respect that draws you in through its simplicity.

So mom and dad, gram and grandpa, if you’re looking for a simple book to open discussion on our country, its flag, and its freedoms, you need look no further.

We the Kids: The Preamble to the Constitution by David Catrow

Artist and political cartoonist David Catrow is bent on presenting The Preamble to the Constitution to very young future voters as a less than moldy document. He emphasizes the word “posterity” used in the preamble as referring to future generations. And guess what kids, that certainly includes YOU!

His opening is a sort of glossary which defines terms and phrases used in the Preamble in kid friendly terms.

Remembering his initial thoughts about the Constitution when he was in fifth grade, he grumbled why the people who wrote it couldn’t use regular English. Phrases like “insure domestic tranquility” are quite lyric, but I see his point from the perspective of a fifth grade mind.

He reminds his readers that all the men who wrote this famous document, which are, as he simply states, a set of “rules and promises”, `were once KIDS themselves.

He logically states one need not be a grown up to understand the Preamble and Mr. Catrow does his darndest to bring a dried piece of parchment to kid level.

A self-taught artist, his work has twice been chosen under the heading, “New York Times Best Illustrated Books.”

My favorite illustrated phrase, “provide for the common defense”, shows a forest scene complete with tent lit from within, inhabited by laughing kid campers. Their “defender”, a large snouted, black and white pith helmeted dog, is hidden behind piles of bunker-like sandbags as he warily eyes rodent like wannabe intruders. Simple but effective and kids will get it.

The Constitution is a “living document”. Its rules and protections permeate so much of our everyday lives.

This book may be just the ticket to bring its Preamble alive for your young readers as well.