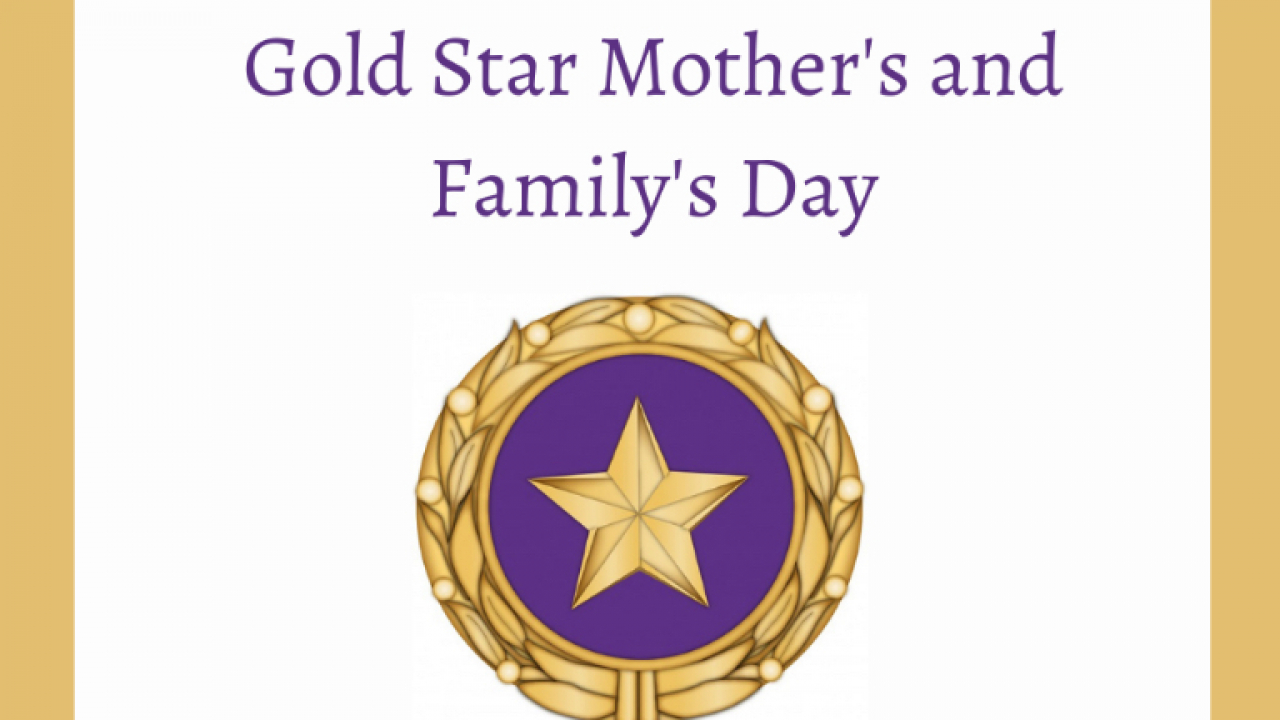 In the face of the recent losses of the military in Afghanistan, I thought The Snuggery should speak to this special day to both honor and remember the sacrifices of the mothers and families who have lost a son or daughter in the United States Armed Forces.

A gold star symbolizes a family member who died in the line of duty while serving the United States Armed Forces.

“Gold Star mothers and families know the immeasurable cost of fighting for the ideals we believe in, and they know the pride that comes with exemplary service to America.”

Grace Darling Siebold was the founder of the Gold Star Mothers, Inc organization that is known today. As she waited for confirmation of her own son’s death, she visited veterans hospitals almost every day and found a way to make herself useful.

Later, she continued to visit the hospital and, in the process, formed the organization that we know today, uniting Gold Star Mothers and families across the country.

I was thinking of a 1954 movie starring, among others, Fredric March as Rear Admiral George Tarrant, William Holden as Pilot and Lieutenant Harry Brubaker, with Grace Kelly as his wife.

It is adapted from a novella by James A. Michener called “The Bridges at Toko-ri.”

A task force of ships are sent to destroy the highly protected Communist held bridges at Toko-ri during the Korean War and it is basically a mission from which the pilots return is doubtful.

The enemy knows they are coming and they must fly low to accomplish the mission.

This quote from Rear Admiral Tarrant has always haunted me:

“Where do we get such men? They leave this ship and they do their job. Then they must find this speck lost somewhere on the sea. When thy find it, they have to land on its pitching deck

Where do we get such men?”

Today, that quote should read, “Where do we find such women?” as well!

Lieutenant Brubaker does not make it back and his wife asks him to tell her about the bridges BEFORE the mission. She and her children are as heavily invested in his mission as Lieutenant Brubaker since they will live with the result.

The thirteen service personnel that died in the bombing in Afghanistan makes me want to echo and echo again the quote from Rear Admiral Tarrant:

“Where do we get such men…and women?”

We honor the children and families of those Gold Star designates today…and every day.