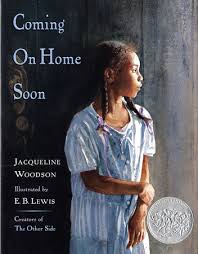 Here’s to Strong and Resilient Women! On International Women’s Day, May We Know Them, Be Them and Raise Them.

Today is International Women’s Day that appropriately falls on March 8, in Woman’s History Month. Its theme this year is “Choose to Challenge.”

Confrontation seems to be the order of the day in our culture. And it is not something that I am necessarily against as in attempting to right wrongs and speaking out for what is right against what is wrong.

But, it is not always in the loudest cacophony of confrontation that the biggest inroads in a child’s life may be necessarily made.

Sometimes, it is in the day in and day out modeling of women to their families of what is important as they strive to do their best to keep body and soul together and not just for themselves, but for their children that the greatest impact ensues in the life of children.

I had such a mother that stove to do those very things for her three children as a single mom in the 1950’s. It was not easy for her or for us, but she made it look as if the struggle was worth it….and it was, for it forged within my brothers and I a sense of personal responsibility, the willingness to strive for the best and the motivation to overcome what life held in store.

She modeled resilience, gumption and faith in a better future for her children. And she did just that.

I thought I would select a picture book that celebrates the ability of women, like my mom, that day in and day out represent and model normalcy to their families in a culture that is divided on so many levels.

These women provide comfort, caring and compassion and unconditional love in a world that so very often weighs against those emotions and mistakes them for weakness…instead of strength.

Achievement sometimes passes in our culture for the sum total of a person’s life; and yet, perhaps in the final analysis, it will not be the curriculum vitae that defines our success in life, but the smaller or wider circle of lives that were touched in positive and loving ways by us; the ones that we helped become better people and who, in the process, helped us to know ourselves better.

Ms. Woodson’s book called, “Coming on Home Soon’‘ has illuminated two women between its pages that define these qualities of which I am speaking. It is wonderful at depicting the feelings that are part of family life in a world at war; in this case the art also in tandem with the beautiful narrative, evokes the feelings of sadness, waiting, missing and hoping for a return to normalcy and most of all, for the people who can make it so.

In Coming on Home Soon, normalcy hangs on the return of young Ada Ruth’s mama who has gone off to Chicago in search of work. Leaving Ada Ruth and Grandma behind, she leaves her daughter with the familiar phrases spoken so often between them:

Ada Ruth, Mama said, “Do you know I love you more than anything in the world?”

“More than snow.” Mama whispered back the way we’d done a hundred times before.

Or maybe a hundred thousand.

Ms. Woodson’s strength is in evoking the small moments. With mama’s preparation for departure, Ada Ruth’s sensory memory clings to things such as the warmth and softness of her mama’s hands as a Sunday dress is folded into a satchel.  An opened suitcase sits on a neatly made bed, with Ada Ruth’s hands on the case, as if in the touching, she could make it and her mama stay.

Mr. Lewis’ muted and darkened watercolors evoke the sadness and inevitability of separation that is felt and left unsaid. The shadows crowding faces and the absence of light evoke the somber feeling of the narrative.

But diversions present themselves amidst the waiting in the form of a small, black kitten that comes scratching at the door one day. Wars bring rationing of food and the kitten presents one more mouth to feed. Coming on Home has the ability to sustain the actual rhythm of life in difficult circumstances as Grandma, a quiet figure of unwavering strength, abides by rituals and routines that are so important in the life of children, that keep the hum of disrupted lives intact.

Have you ever heard the famous quote, “They also serve who stand and wait”? The echo of that quote finds concrete echoes in the care of a homeless kitten, the simple struggle to remember what someone we love smelled like, listening to a radio pouring forth information on battles being fought a world away, interspersed with the small ingestions of hope in a serving of hot cocoa and biscuits.

Ms. Woodson’s Caldecott Honor book is able to balance the feeling of battles being fought on a number of fronts, both internal and external and the theater of operations both at home and oceans away.

In an afternoon trek through the snow, Ada Ruth and Grandma hunt for possum or rabbit for a stew with the halfhearted hope of finding a meal, along with the ambivalent reality of what a successful find will mean.

Ms. Woodson is able to sustain the feeling of waiting and hoping through what is experienced as an unrelenting cold, which is a metaphor for the absence of everything that makes a child’s day to day patterns secure. Her Grandma, in the middle of their snow trek, imparts her answer to dealing with the ebb and flow of life.

“Don’t you know about cold snaps,” she asks, “how they come on fast and sometimes stay?”

Grandma isn’t merely giving a weather report and somehow both we and Ada Ruth know there will be a thaw when a postman comes up a snow-filled road to the house and delivers into the hands of Ada Ruth a letter in a beautifully familiar cursive hand writing whose first line is to be read over and over again, Tell Ada Ruth I’ll be coming on home soon.

Ms. Woodson’s book is a testament to the strength and resilience of women, old, young and in between during the war years that found themselves cast in unfamiliar roles, but within which they learned to both survive and thrive.

Ada Ruth, her Grandma and mother are a family that your family might enjoy reading about in these tough times where international, national and local issues have brought, and will continue to bring, sacrifice and challenge to families in 2021 and beyond as pandemics and worse can unexpectedly throw curve balls to the smooth sailing in life that we have come to expect.

Ada Ruth and her family model the tools to navigate.

And, if I may interject a personal note, I’ve had several women model an unrelenting resilience in my own life.

They taught me to hope, to help myself, to help others… and never to cede to despair in the face of life’s sometimes unbearable realities.

One was my mom, Elizabeth Hart, the other, my mother-in-law, Antoinette Shanks, and the third was a devoted teacher and role model, Ms. Alida Kratnoff.

These three define very personally for me, International Women’s Day, on that grand stage called life.