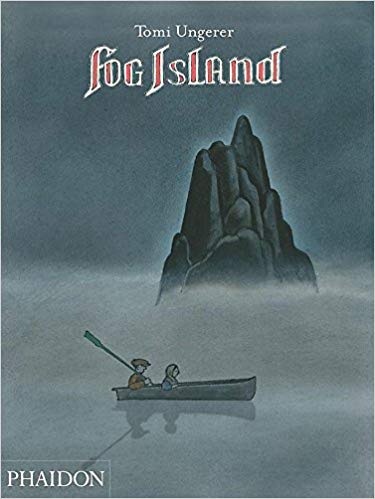 Please Do Track the Mysterious Depths of A Child’s Heart With Master Picture Book Author Extraordinaire, Tomi Ungerer, Who Created a Path to Find It in His Storytelling!

With the recent passing of this outstanding children’s picture book author, I wanted to feature one of his books, and urge parents if you have not discovered his picture books, filled with imaginative story telling with more than a touch of the wickedly wonderful, please do turn their pages soon with your young reader and discover a master of his art in full possession of his storytelling powers.

A friend once told me…”So long as a person’s name is uttered and spoken of, so long will they be remembered.” I know Tomi Ungerer’s name will live long and flourish in the pantheon of outstanding picture book authors as far as the critics are concerned. But, my heart tells me he never wrote for them. He wrote for the child in each of us and within himself.

Please help him to live again in your young readers’ lives by reading his books with and to them.

He lives inside the words and pages of his picture books.

How’s this for a rave review from one well known picture book icon….. to one less well known, but also just as remarkable?

The Hans Christian Andersen award was given to Tomi Ungerer in 1998 for his “lasting contribution” to the art of children’s books.

Please take a trip to “Fog Island” with your young reader. And while there, please also consider taking a peek at some of Tomi’s other books such as “Zeralda’s Ogre”, “The Beast of Monsieur Racine” plus the more well-known and lovable boa named “Crictor” that can spell out letters with each cool constriction of his body.

There are so many others that are worth a read from this curious, canny and very cunning artist/author of the picture book.