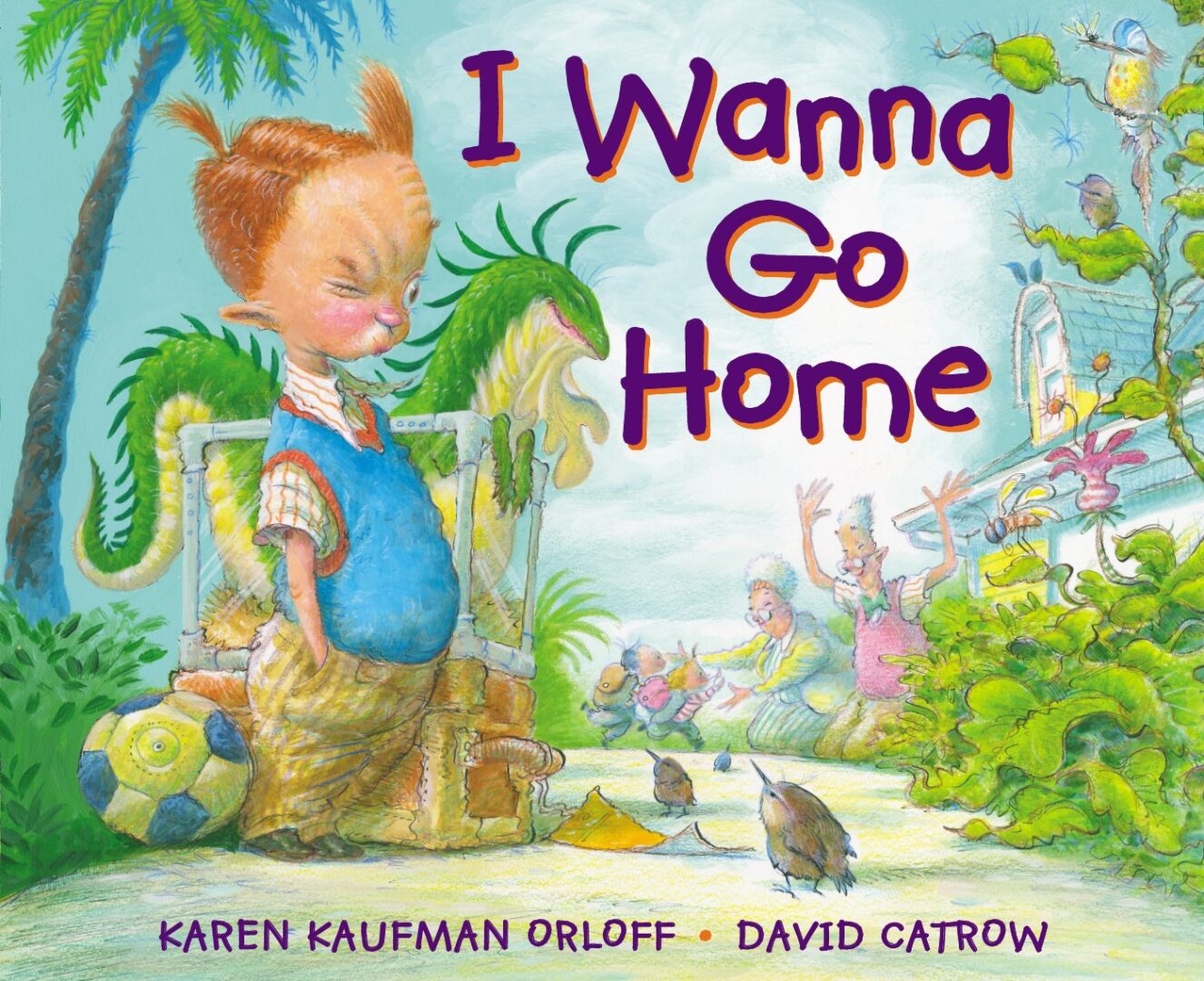 A Trip to the Grandparents Is More Than What Is Expected!

I recently blogged on a book called “Baking Day at Grandma’s.” It is the quintessential feeling evoked when a child is aware of an upcoming trip to a grandparent’s house. It’s all enthusiasm mixed with a driving anticipation for the coming event.

Not so, with the picture book, “I Wanna Go Home”, at least not at the outset. Yet EACH of these books, in its own way, ends on the same note, and that is an eager longing for a return trip!

In “I Wanna Go Home”, mom and dad are headed to the islands; Bora Bora to be exact. And guess where the kiddies named Alex, Ethan, Annie and Iggy the iguana are going to be while mom and dad take a vacation? Not to a Club Med for the younger set or a Disney cruise on the Big Red Boat. No, they will be joining Grandma Shirley and Grandpa Ralph at Happy Hills retirement community. Whining and whimpering best describes the reaction to this turn of events from the children. They anticipate boredom and bridge games – and no fun.

But, do they REALLY know their grandparents? True, these kids have never seen teeth in a glass before, the Grands don’t have video games and square dancing does sound pretty square – until you try it, that is.

In a series of back and forth emails, Alex and his siblings gradually warm to the snow bird rituals of bingo, especially when the winnings of $13.52 are spent on ICE CREAM. SHHHHH, says grandma to the kids. No need to tell mom and dad, signs off “Moneybags Alex” in his latest missive to the folks in Bora Bora.

Charmingly revealed is the well known give and take between grandparents and their grandchildren; the agreement being, we get to spoil you a bit and you keep us young while introducing us to things like soccer balls blasted through the living room. You weren’t REALLY attached to that lamp anyway, were you, hon?

The illustrations of the trio finger painting EVERYTHING in the kitchen, including their grandpa, eating corn dogs at the infamous “early bird specials” at Moe’s Diner, sharing a Peter Rabbit read aloud or watching old reruns of Rin Tin Tin on TV, depict a shared give-and-take between the younger and not-so-young set.

More importantly, the shared time lets the kids have a window into their grandparents world, and from that emerges a renewed respect AND affection on the part of the kids. Wonderful. We need more picture books like this one to show what a rare and valuable resource grandparents are. Their shared wisdom and playfulness that is not worn thin with the day in day out of parenting gives a fresh look into the world of childhood.

By the time the “new” game of stickball is introduced to Alex, his opinions on time spent with grandparents has changed. And when the young man is presented with the option of an EXTRA week with them, his PLEASE to mom and dad is genuine.

I love this book. Ms Orloff and Mr. Catrow have let generation gaps fall gently and with plenty of humor. The illustrations are colorfully vibrant and eye-catching. Kids will be captured by them. And more than that, after this read both YOU and the kids might want to give the folks a call! They’re just waiting! The “snow birds” are just beginning to head south from what I can see here at home, and let’s face it, winter break in February is not that far off!