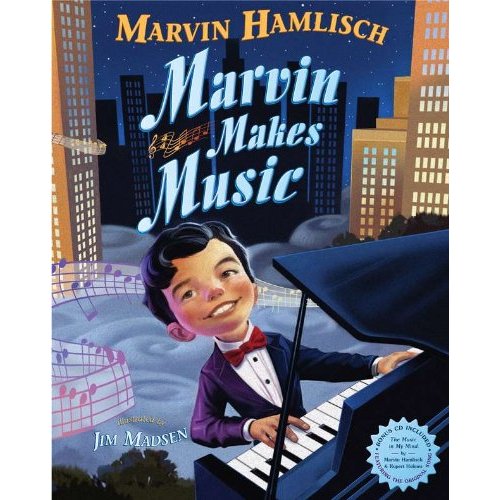 The True Story of a Musical Genius

Happy New Year from The Snuggery!

As we come to the end of 2022, I was remembering a great musical event that I recall fondly.

I was fortunate enough to be in the audience ten years ago at a memorial event for composer Marvin Hamlisch who, at that time, had recently passed away. It was held at Juilliard.

Talk about an amazing event and not just for the musical luminaries and stars in attendance such as Liza Minnelli, Aretha Franklin, Itzak Perlman and Barbra Streisand, who all sang and played from Marvin Hamlisch’s catalogue of work.

The stunning part to me, at least, was the breadth and depth of the type of music that interested him and, at which, he excelled.

From Broadway: A Chorus Line, They’re Playing Our Song, Sweet Smell of Success. Movies: The Sting, Ice Castles (Through the Eyes of Love), The Good Bye Girl, The Spy Who Loved Me, The Way We Were, Sophie’s Choice and so many more, really too many to list.

How is such a talent born and, more importantly, how is it nurtured not only for the development of the individual, but also for the potential sharing with the entire world? Seems that in Marvin’s case it started way before six years of age!

Your children will enjoy meeting the young Marvin Hamlisch in Marvin Makes Music when, at a very young age, his extraordinary musical abilities began to emerge and stand out. In this highly relatable and informative picture book, we meet a young Marvin who’s most comfortable at the piano and who hears music and melodies in the common sounds of the city’s blaring noise.

Kids who groan at the thought of their own daily call to piano exercises will relate to Marvin’s host of excuses to avoid his father’s urge to “Practice, Marvin, Practice.” The litany of his excuses included hunger pangs, the need to clean his room and the call of nature to visit the bathroom! Even hiding became an evasion tactic at which he seemingly excelled..

Wolfgang and Ludwig and all the other composers with the funny names he played reluctantly, but his dreams envisioned him as conductor of an orchestra playing his own songs. One day, Marvin’s father and piano teacher felt he was ready to audition at one of the best music schools in New York City! He was six at the time. He had to play before three judges without missing a note!

The audition, in which an itchy suit is worn using his yellow pajamas with orange teddy bears underneath to blunt the torment, coupled with circumstances that lead to Marvin’s inadvertent forty-five minute late arrival to his audition, seems to be an inauspicious beginning as Marvin is faced with three stern and unhappy judges.

Can Marvin forget all that came before? Can he dismiss the butterflies that flutter in his tummy, the unsmiling faces of the judges and those yellow pajamas? As his fingers touch the keys of his best friend, he becomes comfortable and apart from everything but the music! But did Marvin make it into Juilliard? Did he flub a note? Will the yellow teddy bear pajamas hold up and even become a plus?

This is a book about a real child who followed his amazing gifts and talents, allowing the music to fill his ears, and let the world listen in. Jim Madsen’s illustrations provide a perfect counterpoint to the story and bring Marvin, his family and music alive as real people where life is not always perfect.

There are probably many future young composers like Marvin out there who, after reading this book, may sense a kindred spirit and a role model that exhibits the tenacity and “stick to it” spirit necessary to reach a lofty goal.

I once read a quote from an actor who said that artists need the four T’s to succeed in a profession in the arts:

As composer, Marvin Hamlisch won basically every performance award for his work including three Oscars, four Grammys, four Emmys, a Tony and three Golden Globe awards. One could infer from these that Marvin definitely exhibited the four T’s.

Not bad for a child from Julliard who didn’t like to practice. Listening to the accolades that flowed from people the night of the musical memorial, it is evident that he was a good person who found it hard to say no to a request to play at an event if it was in his power to attend.

Putting musical legacies aside, it seems Marvin, as a person, was himself, music to anyone’s ears.

*The book includes a bonus CD featuring the original song, The Music in My Mind by Marvin Hamlisch and Rupert Holmes.