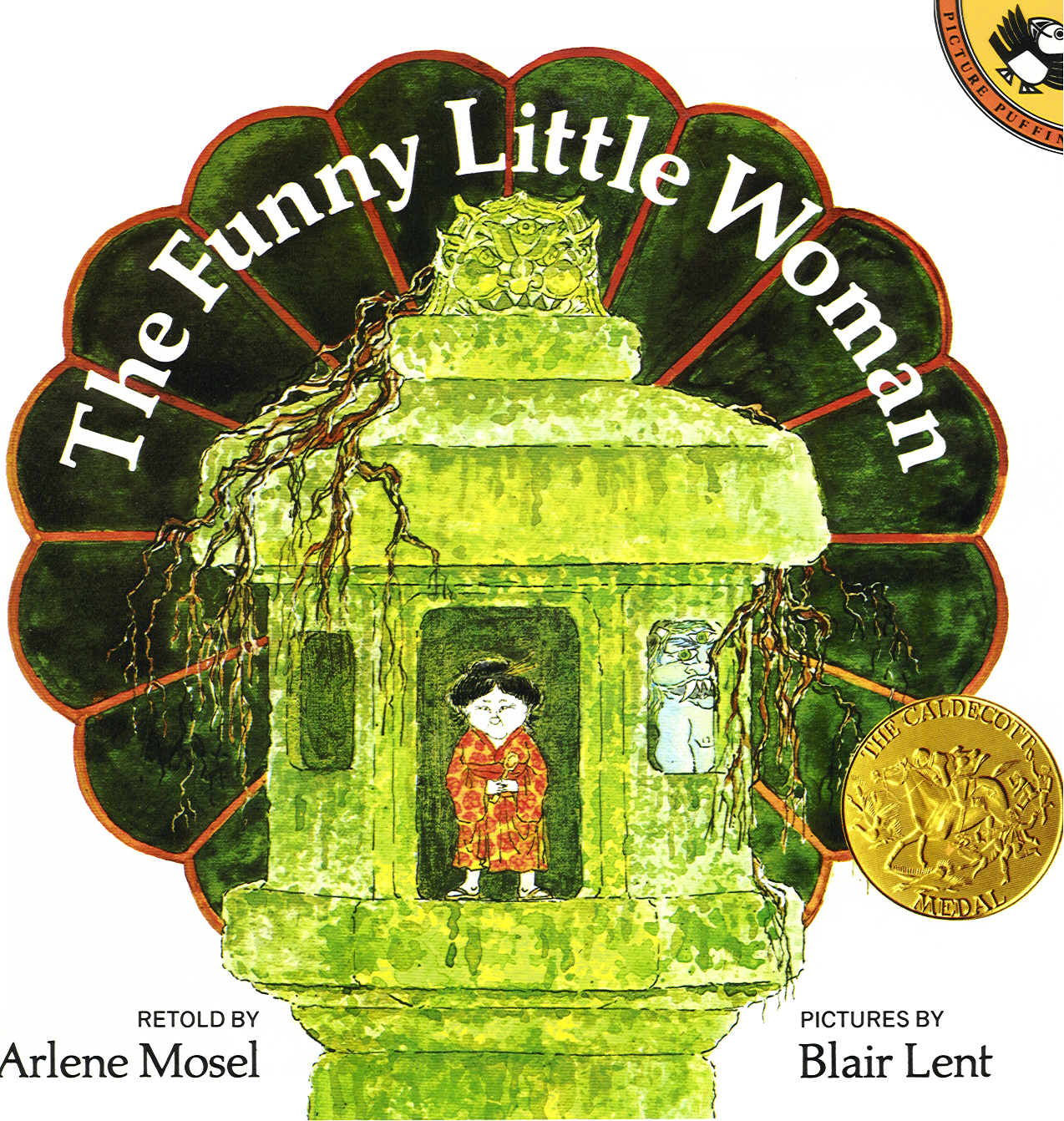 Retold by Arlene Mosel with pictures by Blair Lent

If your children enjoyed the tale of Chinese folklore called Tikki Tikki Tembo, revealing the riskiness of being the oldest son of a family that entitles you to be graced with a very, very long name, your children will love The Funny Little Woman. Recipient of the Caldecott Medal for the best picture book of 1973, it’s an essential classic.

Uniting the same writing/ illustrating team of Tikki Tikki Tembo, this time, ancient Japanese folklore is the backdrop for this delightful young reader’s introduction to the little woman whose infectious “tee-he-he-he” laugh is ever present even amid the escalating turmoil created by her pursuit of a runaway dumpling!

Determined to recapture it, the earth gives way and she finds herself on a hilly road filled with statues of the gods. Confronted with a combination of good luck and bad, she initially meets the most beloved of divinities called Jizo, protector to all and never frightening which makes it a sure bet she is sure to meet the reverse along the way.

Jizo Sama tries to put the baddie, called the oni, off the scent of the little woman. The oni, unlike Jizo, are akin to trolls or ogres and hence detest the smell of humans. The oni is unfortunately not falling for the Jizo’s line that all the oni smells is the breeze from the river. And her laugh, well, it’s for certain a dead giveaway!

Taken by boat to the home of some of the most ugly looking oni to be found, (a team of orthodontists would have a field day with these folks), the little woman is soon cooking for a troop of six trolls er oni. What do the oni eat? Why rice of course and cooked with a magic paddle that makes the single grains multiply to a pot full to the brim with each stir!  There are rice dumplings for everyone which oni can consume in frighteningly large quantities. But the little woman wants out, along with the magic paddle that seems justifiable pay as she’s been cooking for a pack of six trolls for months! Seems fair, right? Besides, she misses her home and makes a bid for freedom, managing to co-opt a boat on the same river the oni used to bring her to their underground lair.

Will she escape from these trollish tyrants as they try to drink up the very water on the river she sails in order to thwart her escape? Or will that funny “tee-he-he-he” laugh be so infectious that it may come in handy to aid her flight when a seeming disaster of the river running dry occurs to prevent it? This Japanese woman may be little and funny, but she is wise in the ways of the world and trolls.

Kids will be invested in her plight and revel in her escape attempt and of course, cheer for the inevitable trolls’ comeuppance.

This book is a great read aloud so be sure to cheer for the Jizo, and the funny little woman and let out some loud boos for the onerous oni. One never knows where a runaway dumpling may lead! In this case it leads to the door of The Funny Little Woman and a great classic read! Enjoy.