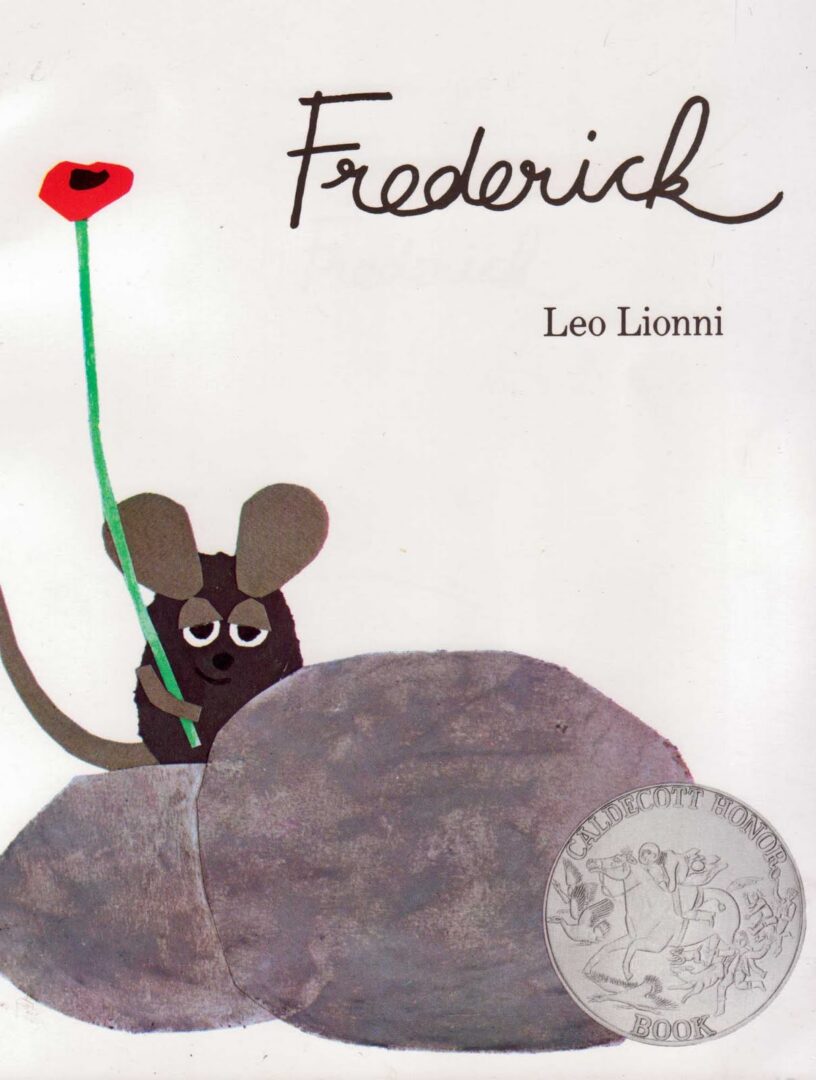 Honored posthumously in 2007 with the Society of Illustrators Lifetime Achievement Award, Leo Lionni’s homage to Aesop’s fable of “The Ant and the Grasshopper” has a simple and central moral theme, as do many of his books, interwoven with his use of collage in this Caldecott Honor Book. It is a small picture book gem and one you will want to share with your children where they and you will fall in love with a dreamy, poetic mouse called Frederick .

What is practical versus what is beautiful, soul filling and enduring can sometimes clash and leave us with a choice of two separate directions. What is a simple mouse to believe in? Is it the racehorse work ethic of his contemporaries or does he listen to the still small voice and his own heart as he watches his fellow mice frantically preparing for the coming winter?

What will truly, in the end, sustain this group through the harshest of winters? Will it be food alone or will it be something more, provided by the seemingly indolent, but poetic Frederick who is a gatherer of words and images. Oh Frederick has supplies all right and rations in reserve to sustain his fellows when the practicalities of food gathering are not enough and they run out. They are his glimpses and vivid impressions of the outside world tucked into his memory that he can lyrically call forth at will and they are literally life giving to the mice caught in a cold and seemingly unrelenting winter.

This picture book was written in the turbulent 60’s and just perhaps, as a picture book it also reflects the moral dilemmas that faced many during that time. In its own small way, it emphasizes to children the value of being true to what one believes in and to what reflects the values one holds.

In more unskilled hands, this could be heavy going, but not in the hands of Leo Lionni.

Please let your children discover this essential classic called Frederick, along with other of Leo Lionni classics such as Swimmy, Alexander and the Wind-Up Mouse and Tico and the Golden Wings. Adding the Lionni classic of Frederick to your read aloud picture book collection will introduce your kids to a mouse worth meeting and you may just fall in love too!