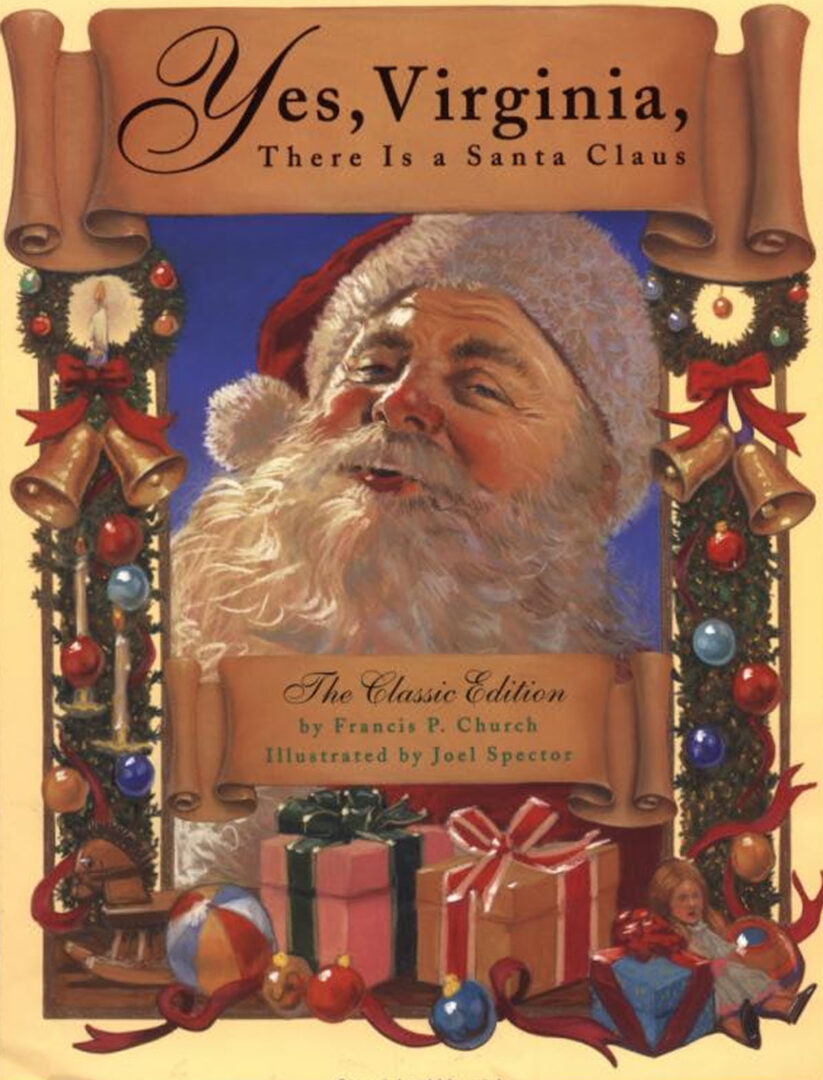 Yes Virginia: There is a Santa Claus

Delving into the deluge of Christmas catalogs that overstuff my mailbox this time of year, I’ve noticed a single word writ large as decoration in many of them. Believe is the single word.  What exactly is it encouraging the buyer to believe in? My hope is that it has to do with something in the intangible department rather than a something that can be bought.

In 1897, a small eight-year old named Virginia O’Hanlon taunted by a skeptical group of friends concerning the existence of Santa Claus prompted her to query a trusted source of information, her father. He, in turn, referred her to the newspaper of the day, the New York Sun with the comment, “After all, if you see it in The Sun, it’s so!” Would that the same held true today!

What followed is probably one of the most famous editorials of all time as Editor, Frank Church, responded in print to Virginia’s belief dilemma. It’s a beautiful response of affirmation in all those intangibles of hope, faith, generosity, and beauty. it appeared in The Sun on September 21, 1897. To quote a bit of his response:

“Nobody can conceive or imagine all the wonders that

are unseen or unseeable in the world….Only faith, fancy,

poetry, love, romance, can push aside that curtain and

view the supernal beauty and glory beyond…Is it all real? Ah

Virginia, in all this world there is nothing else real and abiding.

No Santa Claus! Thank God he lives and lives forever. A thousand

to make glad the heart of childhood.”

Based on the actual events and the ensuing editorial that’s reprinted at the end of the picture book in its entirety, Yes Virginia There is a Santa Claus is a picture book with a message of a resurgence of belief in those “intangibles” I spoke of amid a culture of growing confusion, skepticism and doubt. Children’s natural optimism will find an echo here and, as Mr. O’Hanlon assured Virginia, “After all, if you see it in the Sun, it’s so.” Believe!

There are several editions of this wonderful true story, but this classic edition with illustrations by Joel Spector is a collectible keepsake to add to your young reader’s library. There is also another version of this lovely, timeless Christmas picture book, authored by Chris Plehal with pictures by James Bernardin. Take your pick, but read the now famous story of Editor Frank Church’s response to the age old question of children everywhere this time of year….”Is there really a Santa Claus?” Mr. Church’s printed response in 1897 still resonates in 2016.