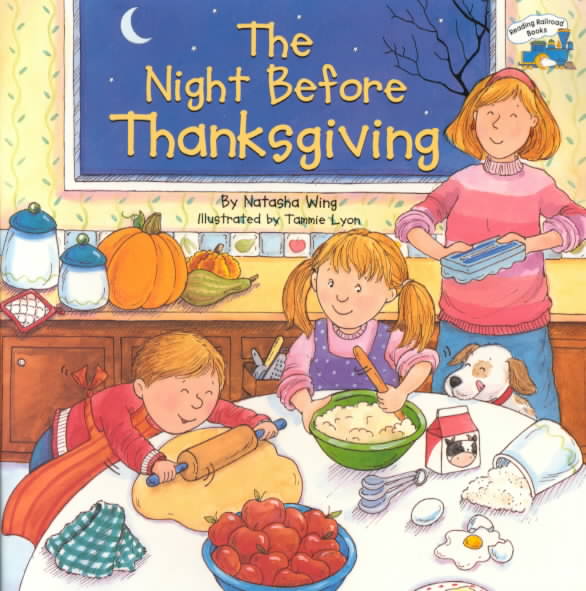 Books to Celebrate Thanksgiving With Your Children

As the last Thursday of November nears, families across America will begin the yearly journey “over the river and through the woods” to grandmother’s house or just across the street to share a day of thanksgiving with relatives and friends.  We, like young Dorothy Gale in “The Wizard of Oz”, believe the truism she spoke in the oft quoted, “There’s no place like home.” So like salmon swimming upstream we, as a nation, long for home, hearth and the celebratory scene of Norman Rockwell perfection.

But as we gather, for many it continues to be a difficult year on so many levels whether personal or professional. And so, with children as naturally keen observers, born imitators and sponges soaking up the atmosphere around them, parents may feel the need to shore up a bit of that natural American optimism, tenacity and resilience shown in tough times past that are mirrored in these books.

These stories may remind children historically of WHY this national holiday with its origins and the long arc of patient endurance of our forefathers along with their Native American supporters, allowed us as a people to overcome some pretty difficult and discouraging times. And yes, even in the teeth of them, to have a sense of gratitude for blessings past and present with an eye to a future filled with the promise of better times. They also provide a lighthearted insight into the family preparations involved in the feast of, as I call it, the “near impossible task of getting all those vegetables and a turkey hot to the table”!

As a friend of mine said to me: “We stand on the shoulders of those who came before us.” In these Thanksgiving titles to share with your children, my hope is that it puts the present for them in context of a larger past which affirms the rightness and hope of the long view, with the sacrifices it took to get there and the courage involved in always looking ahead.

Plus it doesn’t hurt to have a plan for getting all those vegetables hot to the table. In our family it is literally called “The Plan” and is put together by my husband with all the precision of a military operation. I keep the neatly printed sheets of years past in my cookbook as a memory. He always ends “ The Plan” with a quote as zero hour approaches and the long prep list of tasks to be completed are checked off, concluding with a cheery directive such as “Eat, drink and be merry”! Not a bad suggestion for a day of celebration.

Books are not edible as far as I know, in the true sense of the word, but the “consumption” of the following titles will provide a sort of food for the feast too. Happy Thanksgiving!

Newbery award winner Jean Craighead George has put together a carefully researched chronicle of the “Harvest Feast” so named by the Pilgrims, with their Indian counterparts referring to it as a Green Corn Dance. Ms. George’s book casts aside half-truths and provides an even handed telling of the origins of the feast that occurred between the Pawtuxet Indians, a tribe of the Wampanoag called The People of the Dawn and the newcomers to Plymouth Rock and its eventual evolution to national holiday.

In this beautifully illustrated book by Thomas Hooker, children and parents will discover amid the simple text some misconceptions they may have surrounding this long ago remembered feast turned national holiday.

Her book in its dense complexity is filled with facts I confess were a revelation to me. The book is a perfect reflection of the picture book at its best and what it can accomplish in 15 beautiful pages.

I did not know for example that the boulder commonly known as Plymouth Rock was atop a glacier, broken from its origins in Africa two hundred million years ago when the land was breaking into continents and 200 tons of it came to rest in the cove where it presently resides.

I was also unaware that the famous Squanto, a friend and gardening guide to the Pilgrims, and often portrayed by children in traditional elementary school Thanksgiving plays, happened to be kidnapped by Englishmen arriving on Pautuxets’ shores in the early 1600’s!

From slavery in Spain and later England, he eventually finds his way back to his village in New England only to find it decimated by European plague!

Fast forward to the Mayflower Pilgrim landing and astoundingly this humane Indian, along with Massasoit, a sachem (North American Indian chief) of the Wampanoag community and Samoset, Massasoit’s English speaking ambassador, negotiate a treaty with the Pilgrims lasting more than fifty years!

Showing the Pilgrims how to fish using weirs and nets to catch cod and salmon, Squanto quickly sees the Pilgrims cannot survive on their own. With helpful gardening tips, (he shows them how to drop herrings in a hole along with corn kernels to aid the richness of the planted corn which, get this, should be put next to beans which in turn can conveniently climb the stalks of corn), the Indians are quick to share what they know. Neat!

The Pilgrims too prove THEIR mettle, landing in December 1620 with storms, dwindling food supplies and disease decimating the group. Using their ship, the Mayflower as refuge and using prayer and song to shore up their sagging spirits, their numbers are reduced to a mere 57, and half a surviving crew. Yet when the Mayflower again sets sail back to England, NOT ONE Pilgrim opts to return to their homeland. Seventeen were children.

THIS is now their home! Talk about true grit.

Enjoy with your children this fact correcting and beautifully realized picture book of the true and unembroidered story of the Thanksgiving odyssey. I want to read it again on Thanksgiving to remind me of who and what came before and all we owe to them and the Native Americans who helped sustain them in their New World.

The Night Before Thanksgiving

Eves of holidays are usually filled with bustling family activity with everyone getting into the act; even the family dog. What with the special foods, cooking, planning, special tableware washed and set, extra chairs commandeered from elsewhere in the house or borrowed from a neighbor, The Night Before Thanksgiving is a happy blend of all these preparations with each family member having a part to play in the general hubbub which proceeds Turkey Day. With a tip of the hat to one Clement Clarke Moore who first wrote of another famous night before, this poetic treatment of Thanksgiving Eve certainly captures the spirit of the first.

The cover of The Night Before Thanksgiving says it all with family and family pooch gathered around the kitchen table prepping for the big day. Flour spills over from a sack onto the table, broken eggs and shells lay scattered on the tabletop and kitchen utensil draws are left half open. This is a family in pre battle mode. Life can be messy, but surely worth the mess as few families neither are perfect nor are holidays in general, so what are a few broken eggs?

I can attest to the small moments of family togetherness looming large in children’s memories of what matters, even if it’s something so small as peeling sweet potatoes together that kids will remember. Ms. Wing has gotten it right.

She has captured the day’s activities, even to the late arrival of Norm who everyone hopes will make it to the feast – and does.

Kids and parents will see mirrored here a family perhaps not too dissimilar from their own.

Please enjoy this window into a family’s fun filled frenzy before the feast. And be sure to enjoy those leftovers as this family does. They’re always better the next day! Make mine turkey, dressing with fresh cranberry on a roll, please!