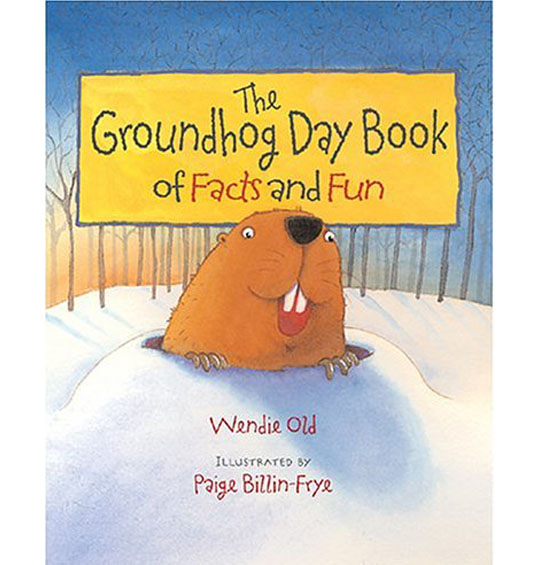 Being a sucker for traditions of all sorts, I thoroughly enjoyed reading this book relating tons of tidbits on this holiday and the town where the celebration is held, although there are others of lesser note, taking place around the country. But for the true traditionalist, tucked away in the eastern hills of western Pennsylvania is Punxsutawney where, on February 2nd, if Punxsutawney Phil sees his shadow, we’re in for six more weeks of bleak, gray and wintry weather.

According to the book, and here’s the drill, at three o’clock in the morning, a gate opens to let some 5,000 hearty souls enter a usually snow covered hill on the outside of town called Gobbler’s Knob. Fireworks, music and dancing ensue at 6:30, that’s morning folks, followed by the 7:00 entrance of the Inner Circle of the Punxsutawney Groundhog Club bedecked in top hats and long, dark coats. A hush gathers over the gathered crowd as they mount the stage and the Groundhog Handler reaches into a tall fake tree stump where snoozes Phil. The handler does wear a glove because Phil might be a wee bit testy at being dragged out of his cozy lair to prognosticate for the waiting weather wonderers.

Hey, did you know the fake tree stump where Phil resides is electrically heated? So the heat is what wakes Phil up from his long winter slumber of hibernation, conveniently allowing him to awaken for his much awaited prediction on February 2nd.

This is the year, as every year, all eyes will be trained on Gobbler’s Knob come February 2nd.  If you can’t be there in person, try reading this fact packed book with your kids or maybe even if you’re game, have a grand adventure and pack off to Punxsutawney come February. Okay, so what’s the call, Phil? We won’t tell. Promise.

Well, it’s just in and here’s the call for winter 2021 from Gobbler’s Knob in Punxsutawney, Pennsylvania and the call from Punxsutawney Phil in regard to weather prognostication is:

bright light. But now when I turn to see there’s a perfect shadow cast of me.

Six more week of winter there will be,”

Aw, Phil! But do not lose hope, friends. The President of the Punxsutawney Groundhog Club, Jeff Lundy, opined from Phil’s own overbite that:

“I want to tell you that {Phil} has also told us that after winter, you’re looking forward to one of the most beautiful and brightes springs you’ve ever seen.” said Jeff Lundy.

And that’s the skinny from Phil’s own mouth er maw.