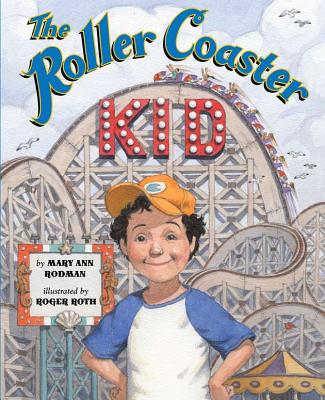 A Metaphor for Life – Exciting Yet Unpredictable

Hurricane Sandy has left many indelible impressions as she cut a devastating swath across the 127 mile New Jersey coastline recently. For those who’ve spent summers lingering on the rides at Funtown Pier in Seaside Heights, probably one of the most memorable was riding its famous roller coaster. It now is a twisted heap flung into the Atlantic by Hurricane Sandy.

Amid the incalculable loss of homes and human life, I guess its loss appears to diminish in importance, except in the minds and memories of generations of families who numbered summers by the times they rode it. I guess for most of us that’s what we value most – the memories of happy times spent with the people we love.

As I prepared this blog, I read some of the comments from people whose lives had been touched by rides on the famous coaster and were saddened by its demise. Some were older “kids” who’d grown up going “down the shore” as we used to say. And probably those older “kids” had kids of their own who followed the tradition of daring a ride on the coaster. It was sort of a rite of passage.

For kids that have happy roller coaster memories, and for those who have still to experience some, The Roller Coaster Kid is a book that can build on memories and, perhaps, help to anticipate some new ones in this book that doesn’t try to sidestep fear or family loss.

It puts the reader in the front seat at the top of that sloooow, long climb, for a brief heart stopping moment, before a roller coaster plunges headlong down the tracks! It’s a magic moment filled with anticipation, excitement and a bit of dread, few can forget.

In The Roller Coaster Kid, young Zach is shown an old newspaper clipping by his Grandpa. Seems when Grandpa was eight years old his father’s company picnic was held at Oceanside Park. He was dubbed “The Roller Coaster Kid” for riding the Whipper one hundred times in a row! What’s the Whipper? Why it’s only the highest, twisting, turning, upside down, fly around curves coaster in the world. Painted a bold red, it boasts a golden W in front of the lead car, topped with whipping tongues of purple outlined in yellow!  It’s sort of a metaphor for life – exciting yet unpredictable!

Roger Roth’s perfect take on the colors and excitement of Oceanside Park by the sea has captured the atmosphere of an amusement park perfectly, with his landscape of a gentle wave filled beach and bustling, ride-filled park in harmony.

Each year come summer, Zach packs up with mom and dad to visit his grandparents in Oceanside, including trips to the beach, kite flying AND Oceanside Park! Except Zach is no Roller Coaster Kid like Grandpa. He has no wish to ride the Whipper! Zach prefers rides on the Big Wheel with Grandma where he can point to the coaster – from a distance. Grandma is patient, preferring to encourage Zach with the gentle reminder, “When the time is right, you’ll face your fear.”

Zach fears he will never be the Roller Coaster Kid with the arrival of the following summer and the loss of his Grandma. Everything has suddenly changed  – including Grandpa.

Can a ride on the Whipper with Grandpa really fix everything – including Zach’s fear?

Change and the accompanying fear it brings are themes The Roller Coaster Kid handles well. Zach learns loss and fear can sometimes best be handled by talking and sharing ones feelings honestly, instead of ignoring them – even if it means an honest talk with the original Roller Coaster Kid.

In the aftermath of Hurricane Sandy, The Roller Coast Kid is a satisfying book that also may be a welcome avenue to open up dialogue with your child about change, loss and healing that are part of the inevitable twists and curves of life. It sure does help when kids have some skills to negotiate that ride. Maybe that’s why I’m such a big advocate of the picture book. The picture book is at its best when it entertains, enlightens and educates seamlessly.

And with that said, The Roller Coaster Kid is a perfect picture book to help celebrate November as Picture Book Month!

* Mary Ann Rodman is winner of the Charlotte Zolotow Award and Ezra Jack Keats Award for My Best Friend, relating the familiar and sometimes difficult path to finding a best friend.