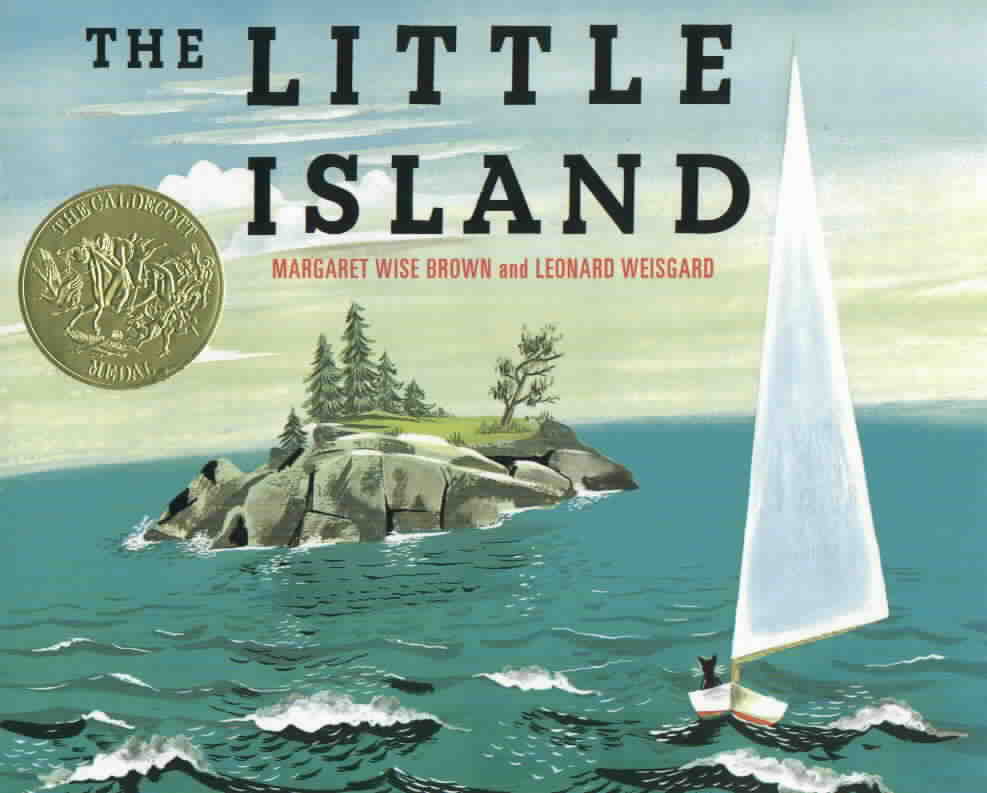 I love classic picture books and since 2013 is the 75th Anniversary of the Caldecott, I’ve been featuring winners from 1938 to the present at the Snuggery. It’s been a journey of discovery, delight and finding out the dimension of talent both then and now in the area of picture books. We are so fortunate to have this trove of talent to read for the first time or the fiftieth with and to children, enriching and enlivening their imaginations. To introduce young readers who are so hungry and deserving of the best this genre has to offer as they begin the grand adventure of reading for diversion and knowledge, is a joy.

And so, my latest gem that I am featuring won in 1947 and rightly so. It reminded me in some ways of a book written years later by Robert McCloskey, called “Time of Wonder”. His book centered on a summer lived by a family on an island in the Penobscot Bay area. It too has a delicate feel of the lazy and unencumbered passage of time in summer, how each day invites discovery and has a newness that brings excitement found in the ordinary. It celebrates the repetitive cyclic beauty of nature we often take for granted, the routine of one day following another that is, in itself, a gift and not merely an endless parade of days. The light and water can change in a single day as can the weather, as can we,

In “The Little Island”, Margaret Wise Brown of “Good Night, Moon” fame introduces the young reader to a tiny island existing in the middle of the ocean and it too has a delicious routine all its own, of birds flying overhead, tides rising and falling, fogs passing through and fish that swim in its shadow. It is spring and the island is filled with new life in the form of seals scaling sunny rocks, lobsters hiding under rocky ledges in order to shed their shells, flowers with chuckleberry (no, I’ve never heard of them either) blossoms and a single pear tree. Gulls scream overhead, kingfishers build nests and strawberries grow wild with a backdrop of white sailboats skimming nearby.

Then my favorite part of the story occurs. A kitten sails on to the island aboard one of the boats. A sort of philosophical conversation occurs between the island and the small black kitten. They discuss what makes something big or little as relates to islands and kittens.

The island insists that it is PART or CONNECTED to the big world. Nope, says the kitten. You’re cut off and isolated. The island has a quick comeback, “Ask any fish.” The kitten proceeds to catch a fish and ask, “How is an Island a part of the land?” The fish wants to SHOW the kitten proof. And here is the interesting part. The kitten demands another way to know and the fish has a simple one-word reply. “Faith.” What’s that?” asks the kitten. The author answers this question through the fish, with a simple, yet direct response. “To believe what I tell you about what you don’t know.”

UNDER THE SEA, THE LAND IS ONE LAND. The kitten is thrilled with this secret and believes. And with that he sails away into a setting sun.

With that the life and seasons of the Island continues through autumn and winter.

“It was good to be a little Island.

A part of the world

and a world of its own

all surrounded by the bright blue sea.”

What simple truths Ms Wise Brown is able to relate to children in her Caldecott Award winning book; a truth to be believed whether of islands or of people. Kids will get the connection. In the hurly burly of today’s living, it is well for young readers to reconnect with the all-important intangibles that make life worthwhile. Whether it’s love, friendship, loyalty, kindness, selflessness or a host of others – all that’s required is the connection! Ms. Wise Brown’s middle name is very telling. Enjoy this beauty with your child.