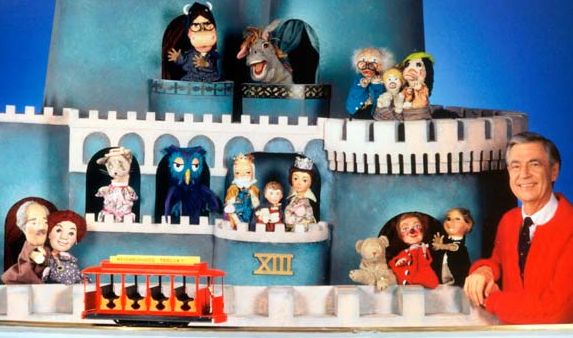 “Look for the Helpers.” – National EMS Week – “Always in Service”

Our children are exposed today to violence in the news and vitriol in social media that we never even dreamed of as Baby Boomers growing up in a post- WWII world. All the institutions that supported a stable society were intact: family, church, schools and government. Sadly, all those institutions today are not as they were. And that, additionally is part of the greater issue of predictability and stability in our children’s world.

With the steady stream of terrorist events around the world, what do we tell our children? Is the world a safe place and how do we reassure them that there is hope to be had in the world?

Well, there is hope to be had. And years ago, it came to my own young ones via TV in the face of a sweater clad “Neighbor” named Fred Rogers of “Mr. Rogers’ Neighborhood.” This iconic children’s show which won a Peabody Award, and an Emmy Lifetime Achievement Award, began recording episodes on September 27, 1967 and debuted nationally in February 1968.

Fred Rogers said in an interview, that in the midst of horrible events, his own mom would tell him that there were always helpers. “Look for the helpers,” she said to Fred. And that is the message to parents to convey to their children.

Life has always been a balance between the good and its opposite. In the interview, Mr. Rogers emphasized in that trademark gentle voice, that the media should emphasize in its coverage of tragic events, the plethora of helpers that run TO HELP when others are running FROM IT. And with this week being National EMS Week, it’s a timely message for young ones to know there are always adults that will aid and care for them in emergencies in an unpredictable world.

That is the hopeful message that we as parents and the media in general should emphasize; not the carnage and destruction of violence; but the love and healing support that is available always from helpers.